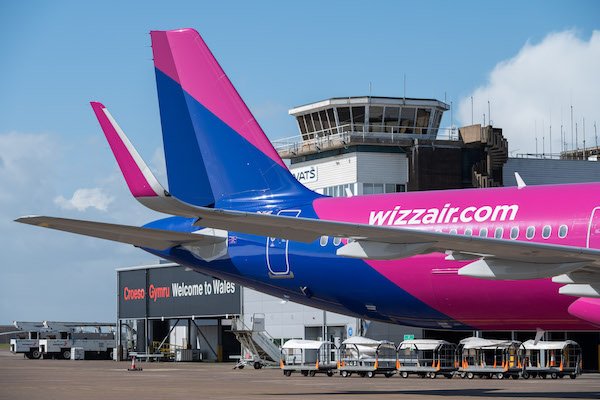 Wizz Air’s delayed introduction of a new base at Cardiff airport will see eight new routes flown this summer.

The budget carrier is serving Alicante, Faro, Heraklion, Palma, Larnaca, Lanzarote and Tenerife, with flights to Corfu planned to start in June,

A service to Sharm El Sheikh in Egypt will be added in November.

The expansion into Wales, delayed due to the pandemic,  increases the annual capacity at Cardiff airport by more than 330,000 seats along with the creation of 40 direct jobs.

Wizz Air UK managing director Marion Geoffroy said: “By bringing our new and efficient Airbus aircraft to Cardiff, the wings of which are manufactured in Wales, we are providing a significant boost to the Welsh economy and creating jobs.

“The base, which is our fourth in the UK, will bring further connectivity to the region, with passengers in Wales and the south-west of England now able to take advantage of our ultra-low fares to ‘fly local’ to their favourite getaways.

“We’ve been busy building our Cardiff team and as we continue to recruit, we encourage those looking for their next adventure to apply today.”

He added: “Our customers in Wales have been asking for a more cost-effective choice for many years. What makes this launch so exciting is that Wizz Air is an ultra-low-cost airline that will help build competition and offer improved choice to people living in Wales.”