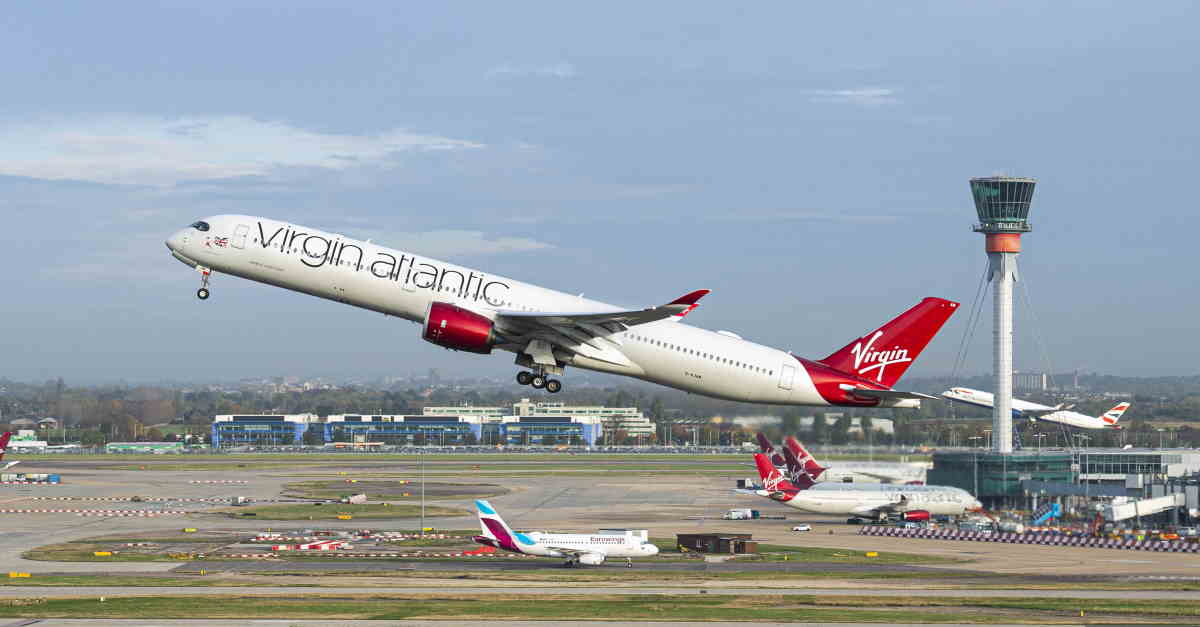 Virgin Atlantic has accused Heathrow of downplaying the pace of recovery with “cynical forecasts” designed to secure “unjustified increases” in charges.

Reporting first quarter results on Tuesday, the airport said losses accrued during the pandemic now topped £4 million and it did not expect a return to profit and dividends in 2022.

It also increased its passenger forecast from 45.5 million to 52.8 million – representing 65% of pre-pandemic traffic – but said demand remained “volatile” and it expected to see a post-summer drop-off.

A Virgin Atlantic spokesperson said: “With remaining UK travel restrictions now removed, Heathrow is set to be the busiest airport in Europe this year.

“Virgin Atlantic is expecting to reach 100% of 2019 Heathrow passenger flying levels during the summer peak with forward bookings well into the year recovering strongly.

“Despite the return of travel at scale, Heathrow is seeding doubt in the strength of demand so it can seek excess returns to shareholders and secure an unjustified increase in charges that would hurt UK competitiveness and consumers.”

The spokesperson added: “We urge the CAA to ignore Heathrow’s cynical forecasts and conflicting statements, choosing instead the credible, independent evidence of returning demand, in order to make a decision on charges that puts consumers first.

“Already Europe’s most expensive airport, charges were hiked 56% at the start of 2022 and as passengers return in greater numbers, there is also a clear case for this interim increase to be rolled back.

“The Transport Select Committee carefully considered the issue this week and rightly concluded that the CAA’s final proposals must be based on accurate recovery data to achieve a fair decision.”

Travel Weekly has approeached Heathrow for a response.