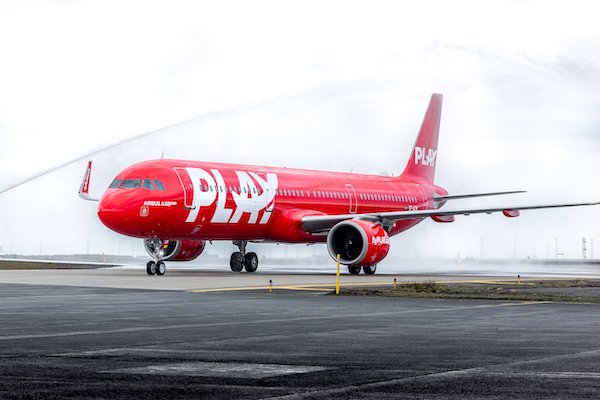 Icelandic budget carrier Play is to start flying to Canada this summer.

The airline is to serve Toronto’s Hamilton airport – a hour’s drive from the city centre – from June 22 with connections from Stansted and Liverpool via Reykjavik.

Flights will depart from Stansted five times a week and from Liverpool twice a week with a 70 to 80-minute layover in the Icelandic capital.

Introductory single fares start at £169 if booked before midnight on January 31, then rising to £209.

Chief executive Birgir Jonsson said: “I have been eagerly anticipating the launch of ticket sales for flights to Canada, as it will be a major market for us at Play.

“Our services in North America have been met with great success, and I am excited to be able to offer more people the opportunity to travel between North America, Iceland, and Europe at affordable prices.

“Toronto, with its population of approximately 8 million, will greatly expand our market reach as people there will now have a reliable and cost-effective way to reach our many destinations in Europe and Iceland.”