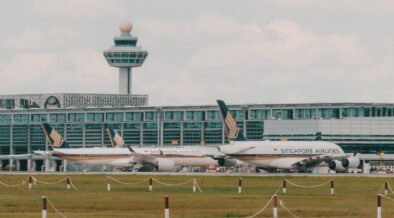 Singapore’s Transport Minister, S Iswaran, has announced that the construction of Singapore Changi’s planned Terminal 5 is set to resume in two or three years’ time, ensuring that it is operational by the mid-2030s.

Work on the project was halted in May 2020 when the global COVID-19 pandemic began to bite in Singapore, and passenger numbers at the gateway – like in much of the rest of the world – plummeted due to new health requirements and travel restrictions.

According to Iswaran, speaking at the Changi Aviation Summit in Singapore, the original designs of the new terminal have been updated since May 2020 and will continue to be fine-tuned to ensure that it is equipped to meet future demand.

In effect, this has meant that T5’s design has become “more modular and flexible” as a result of the pandemic, which has show just how quickly the operational requirements of airports can change in a crisis.

The pandemic, for example, has sped up the implementation of new touchless technologies at airports across the globe and led to the launch of a host of new apps which travellers can use to order food and drink to be delivered to them rather than having to queue up to order or dine at an airport restaurant.

Quoted in The Straits Times, Iswaran said: “Many airports had put in place expansion plans before the pandemic. These plans would now have to be revisited to safely, seamlessly and sustainably support a return to pre-pandemic rates of growth in air travel.”

Speaking specifically about Changi, he is quoted as stating: “Given the current and projected recovery in air travel demand, we have a renewed impetus to secure our infrastructural capacity for growth.”

Passenger numbers at Changi are expected to reach 40% of pre-pandemic levels in May, and operator Changi Airport Group (CAG) appears to have set a very modest figure of achieving 50% of 2019 levels by the end of the year.