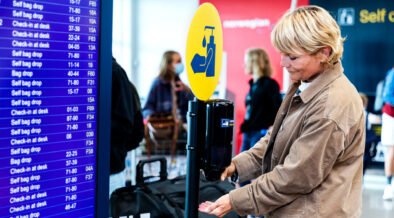 Stockholm Arlanda is to re-open Terminal 4 on June 15 to better equip it to cope with rising passenger numbers over what is expected to be a busy summer.

Meanwhile, operator Swedavia, has announced that “major recruitment efforts are under way” in a bid to ease congestion at the airport principally caused by the lack of staff.

Despite gradually better conditions, Swedavia anticipates that the challenge of long queues at times will persist during the summer.

At the start of the pandemic, all airport operations at Arlanda were moved to Terminal 5, in order to meet the sharp fall in travel, which at times, meant virtually no commercial traffic at all.

Swedavia claims that it has gradually adjusted airport operations as the recovery in air travel continues. Last autumn, for example, Terminal 2 was placed in service and now Terminal 4 will resume operations.

As a result, the airport’s three largest terminals will again be operating this summer, the first time since the pandemic started.

“Opening another terminal is an important measure given that the intense summer travel season is approaching. We will now have our three largest terminals operating again, and that is the first time since the pandemic.”

In conjunction with the opening of Terminal 4, check-in and security screening facilities will also open temporarily in the terminal. Swedavia believes the measures will help alleviate what it has called “a challenging queueing situation at the airport”, primarily at security checkpoints but also in other processes at check-in.

“Both we and our partners are now making major efforts to catch up with recruitment but, like many other airports in Europe, face challenges with hiring to keep up with the pace of growth,” says Grunditz.

“We are now taking a number of extraordinary steps to manage the situation. While we expect conditions to gradually improve, the situation this summer will continue to be challenging at times in terms of the queuing situation.”

Along with hiring new employees, Swedavia says that it is reviewing scheduling and holidays for current employees. The company is also considering solutions such as temporarily moving employees from other airports to Arlanda.

It notes that its partners are also increasing their staffing levels by hiring employees from other security services companies. Additional staff will also be taken on, and students will be given the opportunity to work as hosts at the airport’s entrances.

“We are now taking a number of steps in the short term to manage the situation at Arlanda. In the long-term, we will continue to work with the projects that will make Arlanda a more efficient, modern international airport,” adds Grunditz.

“Within a year, the new security checkpoint, with better capacity, will open. We are also making one of the biggest investments ever in Arlanda’s range of commercial services with a new marketplace, which will also be inaugurated next year.”

In conjunction with Terminal 4 being placed in service, the new connecting walkway between Terminals 4 and 5 will also open. The walkway will make it easier for both domestic and international passengers to get around in both terminals. Terminal 4 will initially be served by Ryanair.