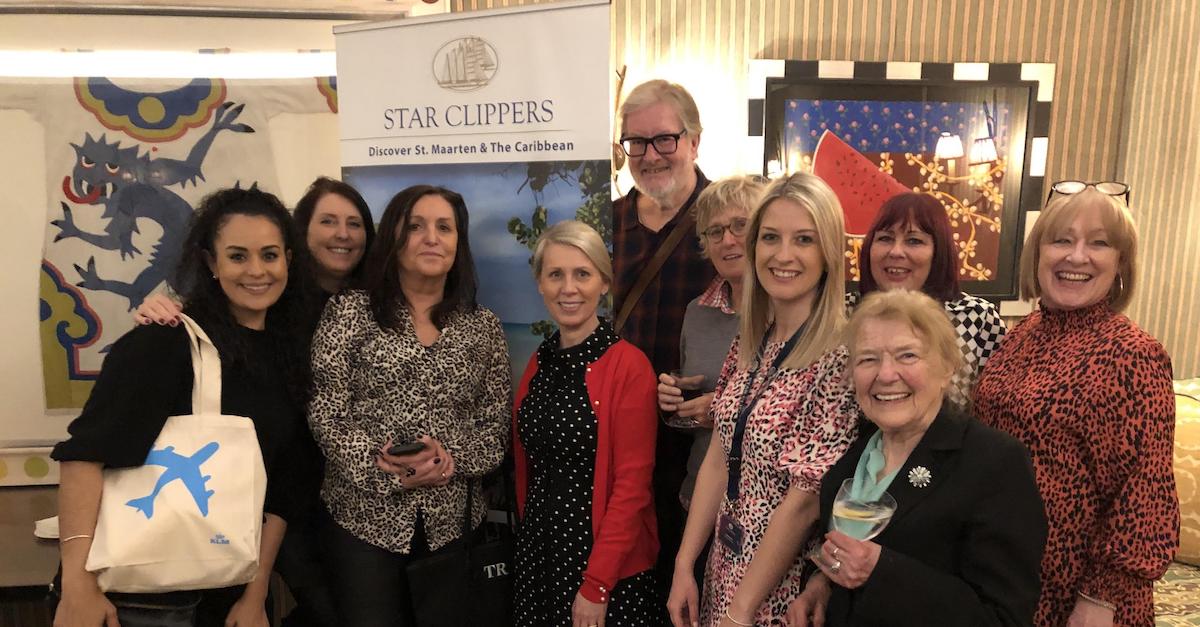 Prizes including a place on a fam trip have been given out to agents during a series of roadshows and dinners this week hosted by Star Clippers and St Maarten tourism Board.

The events were part of Star Clippers’ new marketing campaign, called ‘Spotlight On…’.

Between April and June, the luxury tall-ship cruise line – represented in the UK by Fred Olsen Travel – is showcasing St Maarten, which has hosted Star Clippers for 30 years.

Representatives from the tourist board flew from St Maarten to join agents and the cruise line at events, dinners and teas in Birmingham, Bristol, London, Chester and Sunderland.

Fay McCormack, general manager for Star Clippers, commented: “We have been absolutely thrilled with how many agents and tour operator trade partners we have seen – they came out in force.

“The response has been overwhelming and all the events were fully attended.”

More: Adventures in the Windward Islands with Star Clippers

She said it was the first time that representatives from the St Maarten tourist board had been to the UK to meet trade partners.

“It was a real privilege to have them – they have been blown away by the enthusiasm and passion of the trade,” added McCormack.

“Agents are now brimming with ideas about how to generate enquiries.”

She said the cruise line had not stopped its sales activities during the pandemic and was now reaping the benefits as bookings are “strong”.

The ‘Spotlight On…’ campaign will run throughout the year, with more promotions, trade events, offers and fam trip opportunities.

The cruise line’s two smaller ships, Star Flyer and Star Clipper, take 166 guests each, with a crew of 74, while Royal Clipper carries 227 with a crew of 106.

Picture caption: About 50 agents joined the cruise line and tourist board at the Charlotte Street Hotel in London, during which prizes given away included a seven-night stay at Belair Beach Hotel in St Maarten and a cabin for two on a Star Flyer sailing from St Maarten.