Short-term rental sector ‘must engage with government and regulators’ 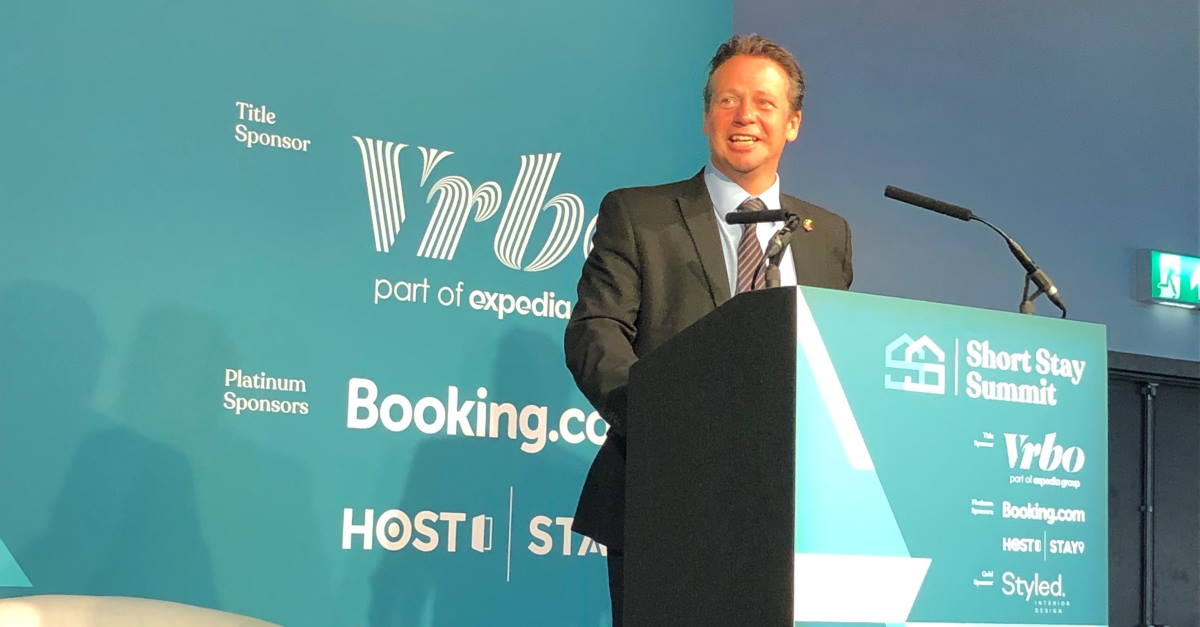 The short-term rental sector has been urged to engage with the government and regulators as it plays an important role in the post-pandemic recovery of travel and tourism.

He said tourism in the UK is recovering with inbound fight bookings now running at 80% of 2019 volumes and hotel occupancy in some regions back to, or beyond, pre-pandemic levels.

More: UK travel and tourism ‘to create 70,000 jobs a year over next decade’

“We know visitors staying in properties contribute billions of pounds to the economy here in the UK, never mind the global picture, and it’s vital income for home owners.

“These visitors help boost local economies throughout the UK. For that reason, I believe the short term rental sector plays a vital role in the recovery.”

Huddleston added: “I do not need to tell you how difficult the last two years have been. We have all had to adapt considerably to make changes to the way we operate.

“We have continued, as government, to engage with the industry through the Tourism Council.”

The Tourism Council has met twice this year to discuss the most pressing issues in the sector, Huddleston said.

One area on the government’s radar is regulation of the growing short-term rental sector and a call for evidence has been issued to firms and organisations in the industry.

“We want to improve government’s understanding of the opportunities in the market today as well as the challenges,” Huddleston said.

“This will help us to identify proportionate responses to issues that arise from increases in short term lets.

“Your insight will help us to build a better picture of the market today. I urge you to engage with the government on these things. We need to hear your voice.

“Industry bodies play a vital role in this too. We want this to be a thriving market, but one that works for all stakeholders.”

The government has set up an interdepartmental body chaired by secretary of state for culture, media and sport Nadine Dorries to devise a strategic approach to the UK visitor economy.

It has identified a need to kick-start growth in the northeast, which is lagging other regions, and is looking at bringing in a domestic rail pass, similar to one available to overseas visitors, to aid recovery.

It will also work on the delivery of the government’s eco-friendly tourism commitments which Huddleston said aims to make the UK a global leader in sustainable tourism.

He said the government wants the future to be ambitious in terms of sustainability while continuing to provide fulfilling careers and business opportunities for many years to come.

“You are a vital part of the economy and what you do brings joy to millions of people both domestically and overseas.”

Huddleston told the summit the UK is in a prime position to benefit from the post-pandemic rebound in travel.

“The UK has been one of the most open countries in Europe for travelling for quite some time, particularly since we removed the barriers to international travel,” he said.

Upcoming events in the UK like the Queen’s Platinum Jubilee celebrations, UEFA Women’s Euro 2022, the Commonwealth Games in Birmingham, and the Rugby League World Cup are all expected to drive visitors this year.