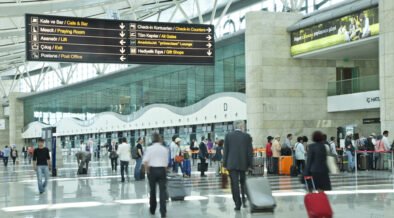 Serkan Kaptan is to replace the long serving Sani Şener as the CEO of global airport operator, TAV Airports, on May 1.

Şener, one of the founding partners of the company back in 1997, is stepping down from the position to take up the role of deputy chairman of the board.

Kaptan has served as deputy CEO since 2016, a role that involved managing the business development, strategy and marketing activities of TAV Airports.

Şener said: “During the last 25 years, we managed to create a globally acclaimed brand in airport operations.

“Founded with the Istanbul Airport BOT project, today TAV operates 15 airports in eight countries and it is a part of the largest airport management platform globally, Groupe ADP.

“The changes in our management team are part of our meticulously planned succession plan, which will shape the future of our company. I’ll continue supporting the strategic orientation of the company in my capacity as the deputy chairman of the board.”

TAV Airports provides integrated services in all areas of airport operations, with a global footprint at 90 airports in 29 countries.

Through its subsidiaries, TAV is active in airport service businesses, including duty-free, food and beverage, ground handling, IT, private security and commercial area management.