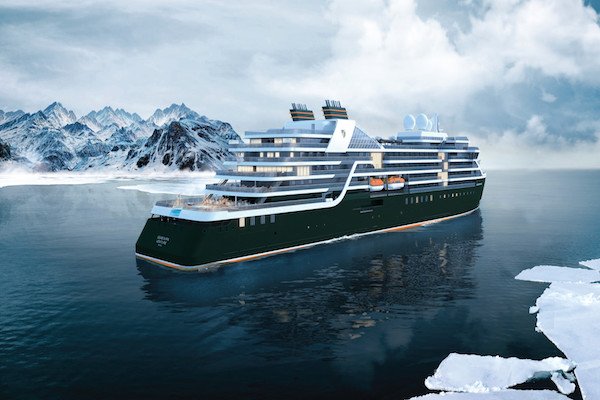 Seabourn has unveiled its 2023-24 expedition programme on Seabourn Venture and Seabourn Pursuit, featuring 25 voyages ranging from 11 to 27 days.

Destinations in Antarctica, South America, the South Pacific and Indonesia are all included in the programme, which runs from September 2023 to April 2024.

From September 2023, Venture (pictured) will sail from Japan and provide “in-depth expedition experiences” throughout the South Pacific over a three-month period.

The ship will reposition to Australia from Japan with a 22-day sailing, starting on September 18.

In December 2023, Venture will offer sailings to Antarctica and will later focus on itineraries in Australia and New Zealand.

Seabourn Pursuit will sail along the west coast of the Americas in September 2023 before making its Antarctica debut.

In February 2024, the ship will cross from Argentina to Africa, including calls in the Falkland Islands and the Ascension Islands before arriving in Cape Verde.

It will then make its way up the coast of Africa to London in April 2024.