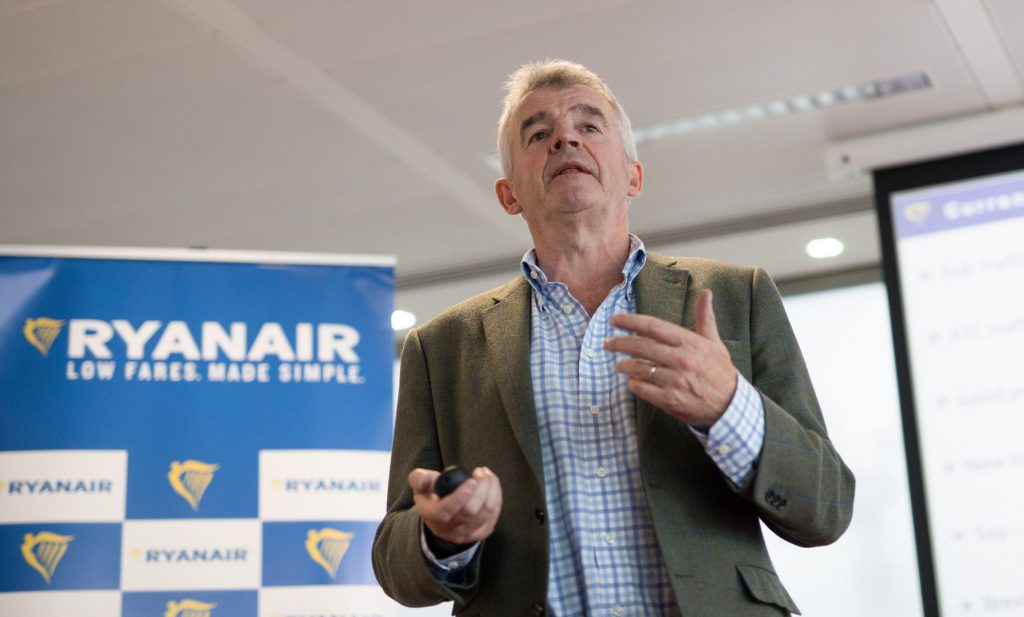 “Fragile” isn’t a word you’d associate with the normally boisterous Michael O’Leary, but these are still uncertain times and this is how the boss of Ryanair perceives Europe this summer.

Ryanair said on Monday it was impossible to give a detailed forecast beyond hoping to return to “reasonable profitability” this year amid uncertainties over Covid-19 and the Ukraine war, after posting a smaller annual loss.

The largest European airline by passenger numbers posted a $369.06 million loss for the pandemic-scarred 12 months to March 31 and said it planned to grow its traffic to 165 million passengers this year, up from 97 million a year ago and a pre-Covid-19 record of 149 million.

However, Ryanair CEO Michael O’Leary said in a statement it was “impractical, if not impossible” to provide a sensible or accurate profit guidance range until the second half of its fiscal year, given the potential continued risk the war in Ukraine and Covid-19 poses to booking.

O’Leary added that while bookings have improved in recent weeks, he was a little concerned that competitors were talking up the summer recovery too much and that caution was needed heading into a winter with an expected economic downturn.

“It’s too fragile, there remains too many moving parts,” O’Leary said, adding that Ryanair would nevertheless thrive if any of its markets dip into recession due to its lower cost base and ability to offer lower fares than its competitors.

As the airline reported a 27 percent drop in fares, Ryanair chief financial officer Neil Sorahan told Reuters there had been single-digit percentage increases in ticket prices compared to the same period in the year before the pandemic in recent weeks, but fare levels are lower than the company had anticipated earlier.

The airline is cautiously optimistic that peak summer fares will be somewhat ahead of pre-pandemic levels but O’Leary said it was impossible to predict what average fares would be like in the second half of the year.

Customers were also still waiting until much closer than usual to the time of their trips to book, he added.

The full-year pre-exceptional loss of $369.35 million was less than a forecast loss of $384.96 million in a company poll of analysts and a loss of  in its previous financial year. The airline made a profit of $1.04 billion in the year to March 2020.

O’Leary said Ryanair would likely be profitable in the coming year, even if the outlook is worse than anticipated but that it would be significantly behind pre-pandemic levels.

This article was written by Padraic Halpin and Conor Humphries from Reuters and was legally licensed through the Industry Dive Content Marketplace. Please direct all licensing questions to [email protected].