Royal Caribbean’s Mariner of the Seas hit by cargo ship 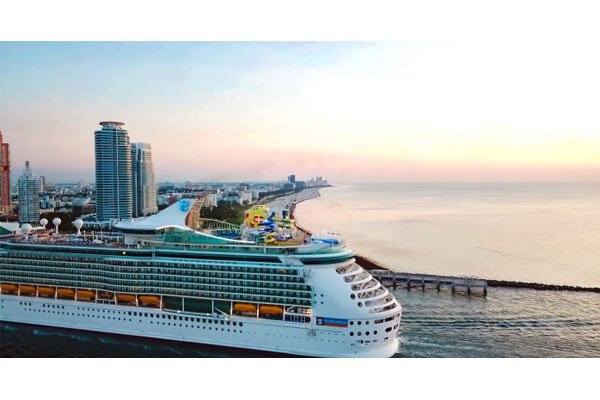 Royal Caribbean’s Mariner of the Seas was hit by a cargo ship while it was docked in The Bahamas.

The cargo vessel hit the stern of the 4,252-passenger cruise ship yesterday while it was docked in Freeport, according to the Royal Caribbean Cruise Line Blog.

A passenger said the captain promptly made an announcement confirming everything was under control.

The ship experienced minimal damage and no one was injured.

A spokeswoman for Royal Caribbean said: “Yesterday, in Freeport, The Bahamas, a cargo vessel made contact with Mariner of the Seas while the ship was docked.

“No one was injured on board and Mariner experienced minimal damage. The ship will continue on its itinerary as planned.”

Earlier this month, the new president and chief executive officer of Royal Caribbean Group revealed he was already considering new-builds for all three of the company’s brands, adding orders would be placed “as soon as business is back to normal pre-Covid levels, which is not far out”.

Speaking in France as he oversaw his first in-person ship delivery – Celebrity Cruises’ third Edge-class ship Celebrity Beyond – Jason Liberty said: “It could be later this year, or next year, but we have ships still on order through to 2026, so we have a little time.”