Royal Caribbean says trade ties ‘on another level’ after pandemic 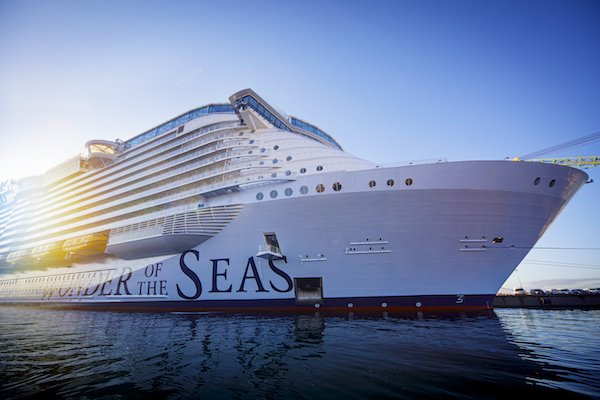 Royal Caribbean’s sales bosses believe the line’s relationship with the trade has been “taken to another level” during and after the pandemic.

Speaking on board Wonder of the Seas as the ship made its inaugural European sailing, Stuart Byron and Torey Kings-Hodkin reiterated their close commitment to agents as they unveiled a new booking incentive for those selling itineraries on the vessel.

Agents who book customers on Wonder of the Seas between May 7-15 will get a £40 commission bonus for every booking they make, and their customers will also enjoy added benefits on board as a result.

“This is just another chance for us to show our support and appreciation to the trade,” said Kings-Hodkin. “Not only that but the incentive is a great tool for agents to close a sale.”

Byron said it was “awesome” watching agents take in the new Oasis-class ship for the first time as they stepped on board for the two-day trade sailing.

“We’ve always enjoyed a particularly close working relationship with all our travel agent partners in the UK market,” he said. “The trade channel is particularly important for us; it always has been and always will be.

“But one of the learnings from the last two years is that the relationship has been taken to another level, with the trade becoming an intrinsic part of managing what has been a whole world of complexities.”

He added: “It’s been a lot for agents to cope with, so to see them come on board Wonder and watch them all react in the same way has been awesome. The atmosphere has been immense.”

Byron added it was the “perfect time” to launch Wonder in Europe as post-pandemic momentum builds ahead of summer.

Wonder has been “selling brilliantly”, said Kings-Hodkin, who only expects demand to grow after the ship’s inaugural Mediterranean voyage, which was attended by media from across the world.

Byron predicted last year that 2022 would be Royal Caribbean’s strongest ever year, but with Omicron and the Ukraine crisis dashing those hopes, he said the line is now turning its attention to the back-end of 2022 and next year.

“We weren’t expecting Omicron to hit or the conflict in Ukraine [when we said 2022 would be our strongest year], but over the last three months momentum has kicked back in like never before and we’re outpunching where we were in 2019,” he said.

“We are going to finish 2022 really strong in the UK and European markets, and 2023 is shaping up to be an epic year for the brand.”