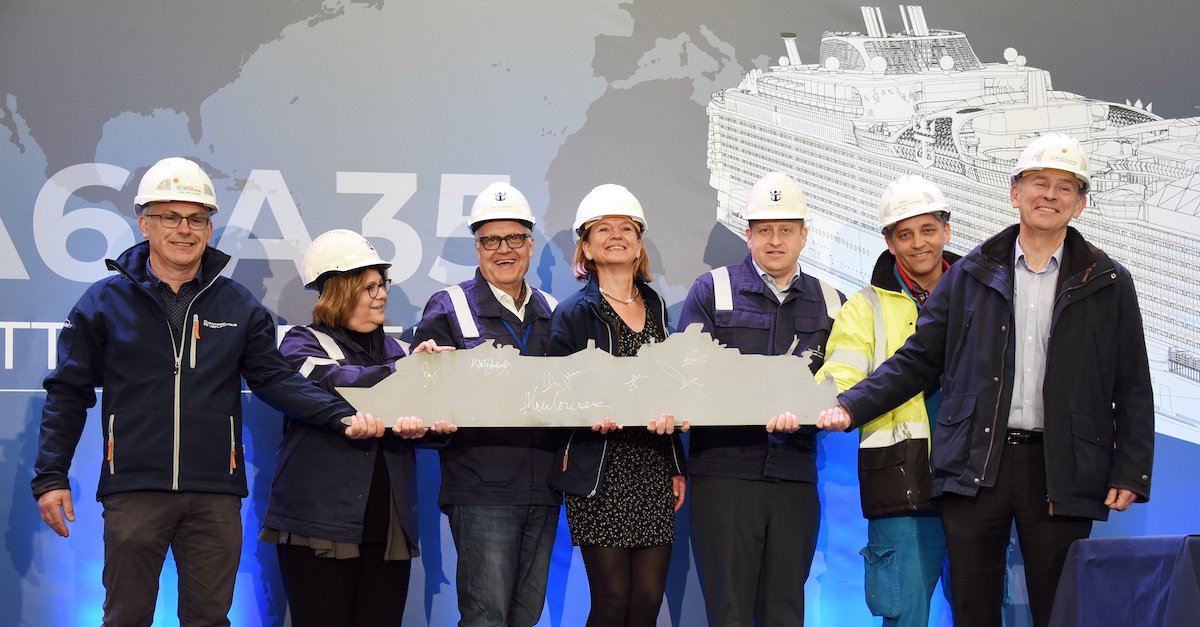 Royal Caribbean International has revealed that the name of its sixth Oasis Class ship will be Utopia of the Seas.

The name was unveiled during a steel-cutting ceremony at the shipyard in Saint-Nazaire, France, where the vessel will be built over the next 30 months.

Launching in spring 2024, it will be the first Oasis Class ship powered by LNG (liquefied natural gas).

Michael Bayley, president and chief executive of Royal Caribbean International, said passengers will see “the signature combination of Royal Caribbean experiences and many brand-new adventures that has and will continue to make the Oasis class of ships the ultimate vacation for guests of all ages”.

The first Oasis Class ship was Oasis of the Seas, which launched in 2009.

The line’s first LNG ship, Icon of the Seas, makes its debut in autumn 2023.

Royal Caribbean completes keel-laying for Icon of the Seas