Royal Caribbean completes keel-laying for Icon of the Seas 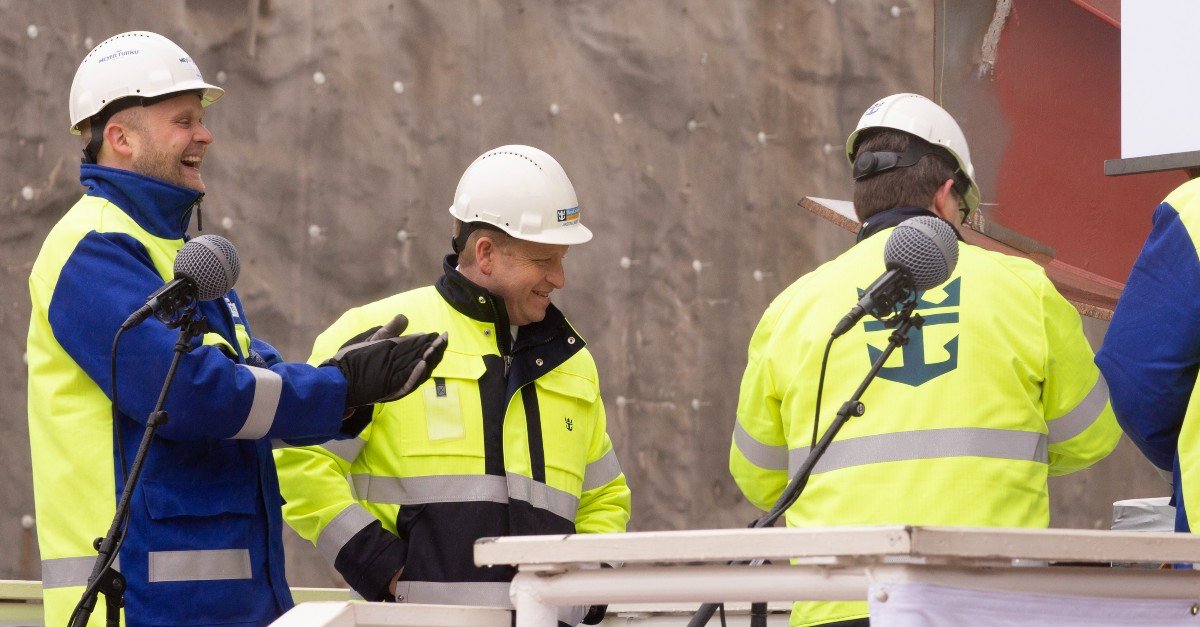 The keel-laying ceremony for Royal Caribbean International’s Icon of the Seas has been held at Finnish shipyard Meyer Turku ahead of its autumn debut next year.

A 3,000-ton crane lifted a steel block into the ship’s building dock on top of coins which represent the shipyard and the cruise ship operator in line with maritime tradition.

The coins are meant to bring luck during construction and will be retrieved and given to Icon’s captain prior to its maiden voyage.

More: Royal Caribbean ‘will be adding capacity into the UK’

Royal Caribbean president and chief executive Michael Bayley said: “Five years ago, we began dreaming of Icon of the Seas, and now the next phase of this iconic adventure is beginning.

“As this game-changing ship takes shape, the excitement from families and travellers alike, travel advisors and our partners continues to build.

“Later this year, we’ll reveal the line-up of firsts and favourites that will set a new standard for vacations come fall 2023.”

Icon will be one of the first of three Royal Caribbean ships to be powered by liquefied-natural gas (LNG) – the cleanest fossil fuel available today.