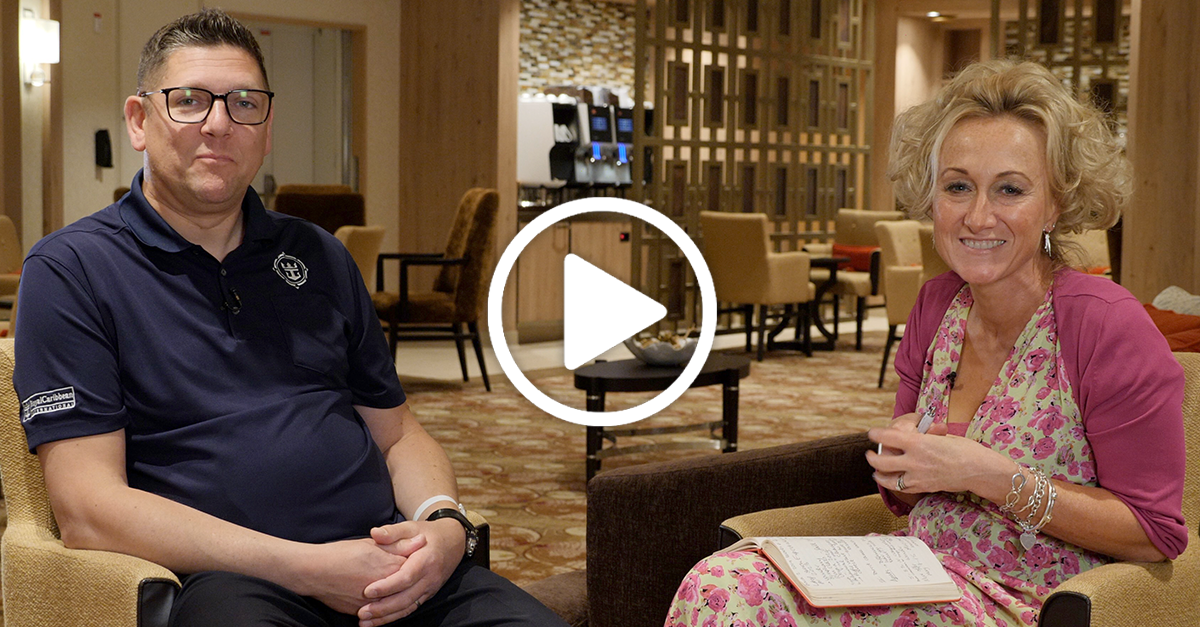 Royal Caribbean is confident it won’t be far off 2019 levels by the end of the year but warned the booking curve is “going to be a bit hairy”.

Speaking at the trade showcase of Wonder of the Seas in Barcelona, vice-president EMEA Ben Bouldin said: “It’s going to be a very different model, but in terms of sheer passenger numbers, we shouldn’t be far off 2019 levels by the end of this year.”

Bouldin said the market was booking much later than ever before.

“Typically, our booking window is 12-18 months out, but the booking curve is not normal. Families are now tired of booking and changing plans, so they are now waiting to know for sure that they are fit and healthy to go away, and then booking a cruise that goes the following week or two weeks later.

“There’s a lot of that right now, which is very handy when you have got a very late market. It will help us fill our ships.”

Bouldin admitted Royal had more availability than usual for the summer.

“In a normal year, the chances of getting on this ship [Wonder of the Seas] this summer would be remote. By the July and August peak we want to be at full occupancy but there is availability as we go into this summer so the next three to four months are going to be all about filling Europe,” he said.

“What we have left is heavily driven by having to fly people to places. It’s not easy as the airline schedules are not as rich and robust as they used to be, airline pricing is extremely difficult – even for these two trade sailings it’s been costly for people to get here – and that’s something we’re trying to manage.

He added: “There’s also just not enough capacity from some of our regional hubs that we have a lot customers from – particularly Scotland, Northern Ireland and Ireland. Aer Lingus are here but we’d like more from them. So there’s plenty still to go after.”

And he said prices had rarely been better as he promised they would not be increased.

“The price of a cruise this summer is one of the most attractive prices there has ever been,” he said.

“So despite the pressure that’s building with the price of fuel, we are laser-focused and committed to keeping them that way and getting as many guests on board as possible.”

“It’s a difficult time [for consumers],” he added. “It’s not the right time to be sticking a fuel levy on the cost of a holiday. Cruise lines want to make money too and we make money by getting people on ships, so that’s the number one priority.”