Qatar to launch new agent training ahead of World Cup 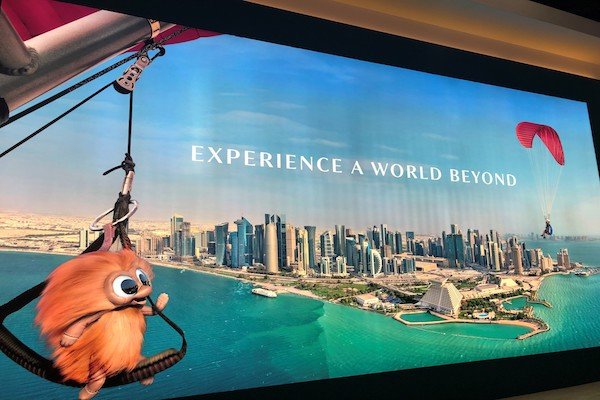 Qatar Tourism is preparing to launch a new online trade training website as it aims to boost annual visitors on the back of this year’s Fifa football World Cup.

A new Qatar Specialist platform will replace Tawash as tourist chiefs strive to turn some of the 40 million people who transit through the country each year into visitors.

Phil Dickinson, Qatar Tourism’s international markets vice president, said the new training platform will be available in 16 languages and is expected to be ready by June.

It will feature four-and-a-half hours of core training and agents will be able to take additional more specialist modules, achieve tiered expert accreditation status as well as enter competitions and qualify for priority on fam trips.

In a bid to encourage stopovers, the tourism board has teamed up with Qatar Airways and DMC Discover Qatar to create a programme with accommodation from as little as $14 per person per night in a four-star hotel.

A campaign is about to launch featuring a famous celebrity promoting Qatar as a stopover destination ahead of attention turning to the World Cup, which is due to kick off in November.

The stopover deals are commissionable and bookable by trade partners and agents will be able to earn more by upselling to higher category accommodation.

Speaking to Travel Weekly at ATM in Dubai last week, Dickinson said stopovers are expected to average around two or three nights. “That’s the great thing about Qatar, it’s geographical location,” he said.

“There’s huge traffic already coming from Europe with people going on to Asia, the Indian Ocean, the Far East and Africa. We are hoping they will have a stopover and then come back for a holiday at a later date.”

The World Cup is expected to attract three billion people to watch games during the tournament making it the biggest global platform for the destination to raise awareness.

Dickinson said when the country won the right to host the tournament it had 24,000 hotels rooms but by the time it starts that will have doubled.

There are new properties built to cater for specific interests and holiday types like a kitesurfing resort and Zen wellness and rejuvenation properties.

Qatar has also developed new attractions and experiences for a range of target audiences reflected in its current Experience A World Beyond campaign.

This was launched in the UK and another 14 key source markets last year and features animated characters created by award-winning Disney animators.

Dickinson said: “Qatar has been a bit of a best-kept secret. There’s definitely a lack of awareness.

“Dubai has done a great job positioning itself, but it is not trying to be the next Dubai. It’s more culturally connected, and discerning, where modernity meets tradition.

“We have got to convince people to stay and we have some myth-busting to do so people know where Qatar is, that it’s safe and it has a vibrant social scene.”

Qatar is aiming to grow tourism’s GDP contribution from 6% in 2019 to 12% by 2030 meaning three-times the number of annual visitors to seven million.

Doha’s Hamad International Airports was recently give five-star status and named the world’s best by Skytrax.