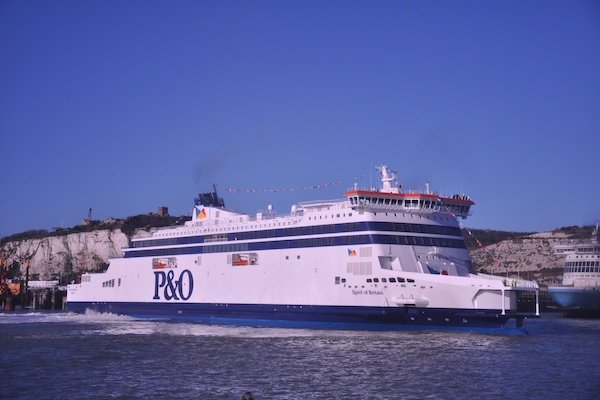 P&O Ferries is set to resume passenger sailings on the busy Dover-Calais route next week – amid trade union calls for a boycott of the company.

The operator has started selling tickets for cross-Channel trips onboard its Spirit of Britain ferry (pictured), with its first departure scheduled for 4.25am on Wednesday from Kent, according to Sky News.

The company sparked outrage when it dismissed nearly 800 seafarers on March 17 to replace them with agency workers on lower wages.

It stopped all its services on that day, although others have since resumed.

The row over pay continued this week when P&O Ferries denied that it had cut pay for the agency workers and said it was an “administrative misunderstanding” – but the Maritime and Coastguard Agency said it had investigated and upheld a complaint from the Rail, Maritime and Transport (RMT) union.

The TUC has today (Tuesday) called for a public and commercial boycott of P&O and its owner DP World, and urged ministers to bring forward an employment bill next month to strengthen workplace protections.

Frances O’Grady, TUC general secretary  said: “P&O and DP World must not be allowed to get away with their scandalous and unlawful treatment of staff.

“Companies who behave like corporate gangsters deserve far more than a slap on the wrist.

“Ministers must sever all commercial ties with P&O and its owner DP World and ensure they do not receive a single penny of taxpayers’ money.

“After their appalling behaviour P&O deserve to be given pariah status.”

She  added: “The P&O scandal has shown beyond doubt that UK employment law is not fit for purpose.”