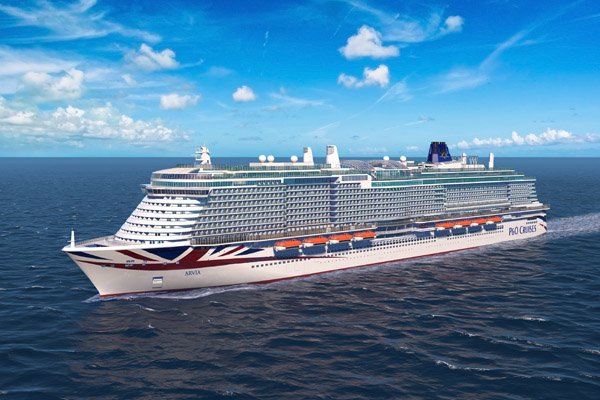 P&O Cruises has unveiled a tie-up with a Jersey-based distillery to create a rum exclusive to its fleet and first created and available on its new ship, Arvia.

The Tidal Rum will be produced in Arvia’s onboard rum distillery, the first to be featured on a cruise ship, when it makes its debut later this year.

It has been created by the Jersey-based founders of Short Boy Distillery, who have developed a unique blend for Arvia’s Caribbean sailings using rums from Trinidad, Jamaica, Barbados and the Domincan Republic, infused with wild seaweed.

The partnership was unveiled at a London showcase event for Arvia on Wednesday evening.

P&O Cruises president Paul Ludlow said: “We are so delighted that following Iona’s onboard gin distillery we are, once again, innovating with this first rum distillery at sea on Arvia which will be so fitting in the Caribbean sunshine.

“The Tidal Rum will be the perfect drink to cool down in the Caribbean heat while enjoying the ship’s views of the ocean, seashore and surrounding destinations, or to give as a souvenir for friends and family when they arrive home.”

Harry Coulthard, from The Tidal Rum, said: “With our new rum, we wanted to bring together the finest rums of the Caribbean with the fresh notes of coastal botanicals from the shores of Britain’s islands.

“Whether you’re taking your first sip while enjoying a stunning island horizon or a beautifully crafted cocktail in Anderson’s Bar, our rum has all the ingredients for an unforgettable P&O Cruises holiday.”

Arvia will join the P&O Cruises fleet in December 2022. Its maiden voyage will be to the Canary Islands, followed by a winter season in the Caribbean.