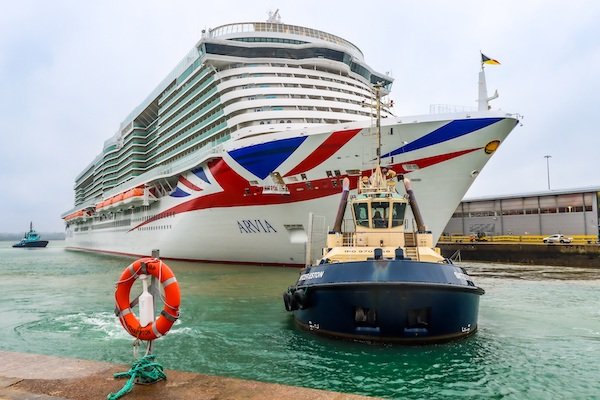 P&O Cruises’ president Paul Ludlow reported booking levels are more than 100% up in the two-week period since Christmas versus 2019 as he confirmed his intention to hike prices.

Speaking on the line’s new ship Arvia last week, Ludlow said the wave peak sales period “was a really important time of the year” and highlighted how the line was booking “twice the volume” of passengers compared with “a normal year” in pre-pandemic 2019.

Ludlow highlighted the strong performance as he responded to recent news reports about issues passengers faced on Arvia’s maiden cruise.

He confirmed his ambitions to raise prices when asked about cheap, attractive fares for cruises during the Easter holidays.

Ludlow said: “I would like to put prices up. It’s [currently] phenomenal value. We led our creative proposition with the ‘More Holiday For Your Money’ [tagline] which is about the value proposition that we offer.

“People are protective of their holidays – never more than they are now – I think that resonates with people. This is where the cruise industry can win.”

Ludlow went on to pledge that “market leader” P&O Cruises would “never rest on our laurels”. “With ships like Iona and Arvia we can now legitimately say that we offer a better choice than a land-based holiday,” he added.

Asked if prices were too low and the industry was entering a price war, Ludlow said: “At the moment, people are playing pretty sensibly. It’s all about supply and demand and where we can see opportunities to push prices we absolutely do that.

“If we need to drive price down to drive more volume we do that as well. The whole cruise industry wants to put prices up because the value we offer is unbeatable.”

He insisted that “typically” P&O Cruises prices were around “£100 per person per night” on average.

Ludlow said sustainability was “a big agenda point” for P&O Cruises as he outlined the line’s eco-credentials and highlighted how the company had previously delivered fresh water to “arid” destinations in the Mediterranean.

“Sustainability is not driving consumer preference at the moment,” he explained. “But we just want to do better in this space.”

Asked about new-builds beyond Arvia, Ludlow said: “We’ve not got any ships coming in for the next few years. We’ll have a couple of years of consolidation.”