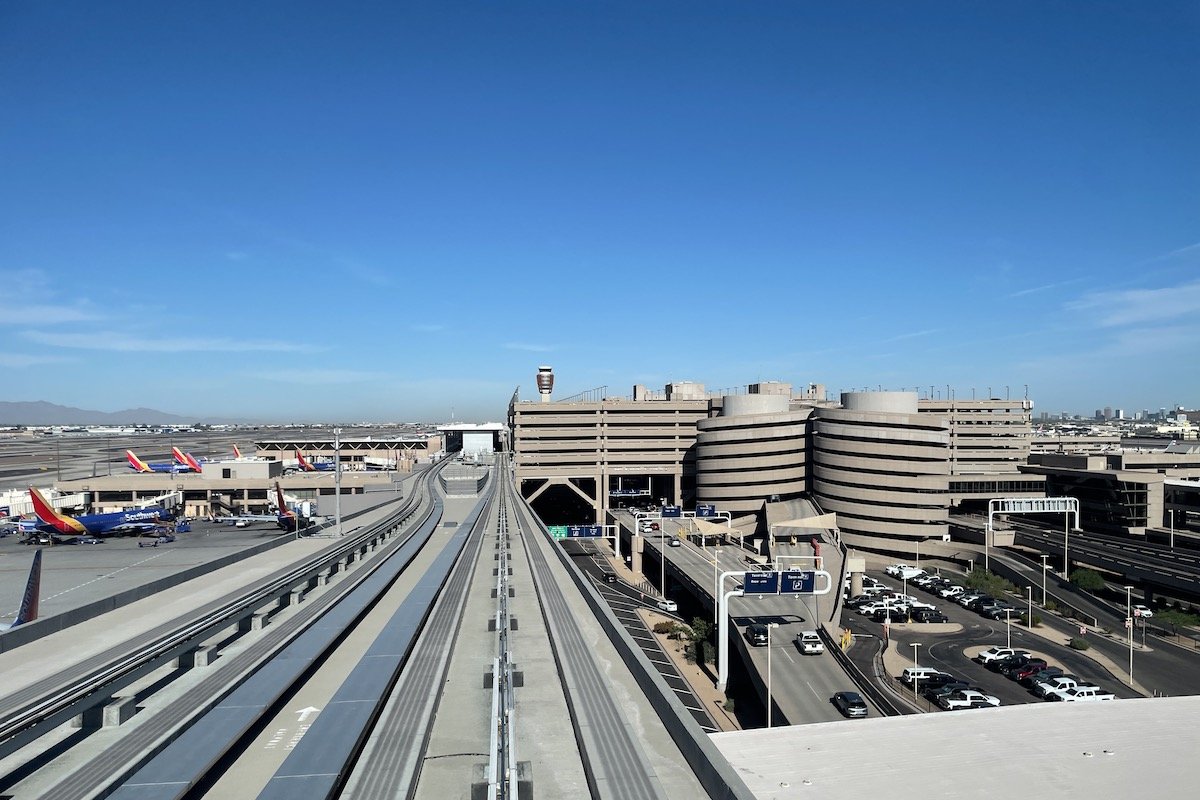 One would think leading Phoenix Sky Harbor International Airport out of the pandemic would be easy. The airport checks many of the boxes that have proven to be pluses in the recovery: An outdoor-oriented destination in a growing U.S. Sunbelt city with significant leisure-travel demand.

Yes, all of these are pluses City of Phoenix Director of Aviation Services Chad Makovsky said in an interview. But there is also a downside: The airport faces many of the same issues that the airline industry is struggling with, particularly around staffing, even as travelers continue to return in significant numbers.

“My number one, two, and three problems right now are workforce, workforce, and workforce,” Makovsky said. Entry-level custodial and concession jobs are where the airport faces the biggest challenges. The consequence of that is only 60-70 percent of Sky Harbor’s concessions are open despite passenger numbers running at 95 percent of 2019 in March, which Makovsky said results in a “degraded level of service for our customers.”

Staffing challenges are far from isolated to airports. Airlines are struggling to fill everything from entry-level positions to hiring qualified pilots at regional carriers. Even the Federal Aviation Administration has issues fully staffing some of its air traffic control centers, and that has led to flights delays in parts of the country. And, more broadly, businesses across sectors and geographies report hiring challenges that are putting upward pressure on wages and negatively affecting service levels.

Asked about fallout of the broader airline industry staffing problems, Makovsky said both American Airlines and Southwest Airlines — Phoenix’s two largest that both have large bases at the airport — have scaled back their summer schedules due to the pilot shortage. Sky Harbor still forecasts a full year traffic recovery to 2019 levels, or roughly 46 million passengers.

American reduced seats from Phoenix by nearly 5 points, to down 11 percent year-over-three-years, in the third quarter from the week of May 9 to May 16, according to Cirium schedule data. Southwest seats were steady at up 6.6 percent compared to 2019 over the same period.

Sophia Ortiz, managing director of American’s Phoenix hub, said that despite the summer flying reductions the margin compared to 2019 will “continue to narrow” as the year progresses. She pointed to the return of London Heathrow flights, which resumed on April 5, as the latest example of the airline’s recovery in Phoenix.

“We definitely need more airplanes, and if we had more airplanes we’d be flying more,” Southwest Vice President of Network Planning Adam Decaire said. Lack of available aircraft and staffing have forced some small schedule reductions in Phoenix this summer, he said. Southwest maintains what Decaire described as “ambitious growth plans” at the airport that include returning the schedule depth that was cut during the pandemic, as well as potentially new nonstops to more cities in the eastern U.S.

Southwest’s ambitions in Phoenix get a leg up in June. The airline will add a new eight-gate concourse connected to Terminal 4 that opens June 20 to its portfolio of gates at Sky Harbor. Decaire said the new gates will be in addition to the 24 it currently uses. Makovsky confirmed that Southwest has not notified the airport of an intent to return any of its gates, and said that if the airline’s growth continues it could have the “majority share” of traffic in Phoenix by year-end.

But Sky Harbor is not sitting on its recovery laurels as flyers return. The profile of passengers traveling through the airport changed during the pandemic with more flyers beginning or ending their trips in Phoenix rather than connecting, and the demographics have skewed younger. These changes put pressure on the airport’s landside infrastructure, from roadways to curb space and security checkpoints. Add to that the airport’s growth forecast that anticipates an 8-10 percent increase in passengers in 2023 compared to this year, which could push Sky Harbor over the 50 million annual passenger mark. Before Covid-19, only 11 U.S. airports — including mega-hubs Atlanta, Chicago O’Hare, and Dallas-Fort Worth — handled more 50 million travelers annually.

A big reliever of curb and roadway congestion will be the opening of a 2.5-mile extension of the PHX Sky Train to the airport’s rental car center this fall. But the airport is looking further out, and at the $25 billion in funding set aside for airports in President Joe Biden’s Bipartisan Infrastructure Law, for additional expansion. Makovsky outlined a number of projects in the works, including a new western taxiway, third concourse on Terminal 3, secure connector between Terminals 3 and 4, runway extension, and realignment of the airport’s main roadway. The taxiway will be funded with guaranteed formula funds from the infrastructure law, and Phoenix is seeking grant funding for the proposed concourse. The infrastructure law’s airport funding includes $15 billion for formula programs, $5 billion in grants for terminal improvements, and $5 billion for air traffic control upgrades.

“The risk that I’m taking as an airport operator is that that terminal concourse is going to cost me just under $300 million to build and I’m applying for, in year one, $566 million in funding capacity that’s going to get spread out. The odds of me getting more than $5 million probably would be a surprise to us,” Makovsky said.

He continued: “Once you’re pregnant and we decide to move forward with this project, we don’t know that the FAA is going to give us continued funding through that five-year cycle or whether they’re going to try to spread the wealth to other airports. There is some risk for airports in this.”

Other airport executives, including Metropolitan Washington Airports Authority CEO Jack Potter, have raised similar concerns about how much funding will actually be available for any individual project, especially when large terminal or concourse expansions at busy airports cost hundreds of millions of dollars.

Another factor in Sky Harbor’s growth is the proposed merger of Frontier Airlines and Spirit Airlines, which Makovsky said the airport is watching closely. While both are currently small players in Phoenix — combined they had a 4 percent share of passenger traffic, and were the sixth-largest at the airport in the first quarter — Frontier unveiled in March plans for a new crew base there from November to support its future growth. Spirit shareholders will vote on the proposed merger on June 10, which the airline’s board supports after twice rejecting takeover offers from JetBlue Airways.

However Sky Harbor’s expansion occurs, whether with federal, local, or other funds, the airport is positioned well for growth. Phoenix proper was the fastest-growing large city in the U.S. from 2010 to 2020 with a population increase of 11.2 percent to 1.6 million, U.S. Census data show. The larger metropolitan area also grew and was 10th largest in the U.S. with 4.8 million residents in 2020.

“Phoenix is changing,” Ortiz said. “It’s shifted from a seasonal market, or seasonal residency to permanent residency, and I think there’s going to be a lot more demand. I don’t think we’ve seen it all yet.”

Editor’s Note: A version of this story was published in Airline Weekly‘s May 23 edition.