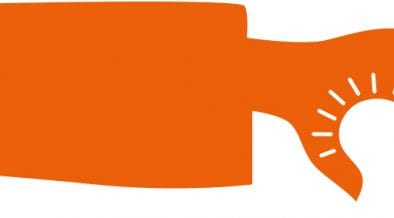 What did you do during the pandemic?

Terri Morrisey and Dr Richard Plenty reflect on how the way airports acted during COVID might affect their recovery.

Airports are coming back to life. Travel restrictions are easing, and more people are prepared to travel than in the last two years. How are airports dealing with this transition? What strategies will airports have to put in place to meet this pent up demand?

These questions are being asked now by airport leaders as they ponder the decisions they made to cut employee numbers during the pandemic. Two broad approaches were adopted:

We don’t know yet which strategic approach will prove to have been the better given the exceptional circumstances of the pandemic. We do know that a review is now necessary as business builds again.

Some questions airport leaders need to ask are:

The answers to these questions are not easy and there is no magic bullet. Whatever approach airports took to staff reductions, the answers will depend a lot on people’s memories of how they were treated in the past two years and the way in which decisions were delivered and communicated.

Those organisations who treated people with respect and as partners in decision making will have a head start in shaping people’s reactions to subsequent events.

While the past cannot be undone, we have some guidelines to consider going forward:

It will be important to take the opportunity to restate the higher purpose and value of the airport business as a connector of people and places, as an enabler of greater understanding between cultures and as a facilitator of great experiences and memories.

Florida’s transportation secretary, Kevin Thibault, has signed a five-year contract to become the new CEO of the Greater Orlando Aviation Authority (GOAA). He is expected to take up the position in mid-March. “I feel confident that we have chosen the best of the very best to lead us toward the 22nd century,” said Carson Good, chairman of the Greater Orlando Aviation Authority.

Sweden’s Ministry of Infrastructure has appointed an investigator, Peter Norman, to work on a development plan for Stockholm Arlanda Airport that would pave the way  for the closure of Bromma Airport, the city’s original downtown gateway and fifth busiest commercial airport in Sweden.

Irish airport operator, daa, has appointed Andrea Carroll as its new group head of sustainability. It states that she will “work across the business to lead the transformational change required to allow daa to not only meet but exceed its sustainability commitments”.

Airport Authority Hong Kong (AAHK) has promoted Tommy Leung to the role of executive director, third runway, succeeding the retiring Kevin Poole. Leung will oversee the development of the Three-runway System (3RS), including project management and project delivery. He will also supervise the Sustainability Department of AAHK.

Nick Hays is the new president and CEO of Winnipeg Airports Authority, replacing the long-serving Barry Rempel who has retired after almost 20 years in the hot-seat.