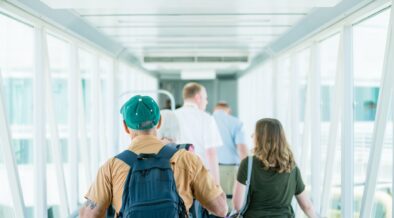 Passenger traffic increased by 4% in March compared with the same month in 2019.

“Demand for air travel through Ontario International remained strong in April as passengers took to the airways for spring break vacations and to visit friends and family for religious holidays,” said Alan Wapner, president of the Ontario International Airport Authority (OIAA) Board of Commissioners.

“Ontario International was rapidly growing before the COVID-19 pandemic, so it is not a surprise that we’re among the quickest to recover.”

The latest figures mean that more than 1.62 million used the airport in the first four months of 2022, within a percentage point of total handled during the same period in 2019. The number of domestic passengers was 1.57 million, an increase of 1.6%.

“With our growing customer base in the Inland Empire, support of our community neighbours and strong political will of our city and and county leaders, I am confident Ontario International will continue to attract new and increased flights from passenger and cargo air carriers.”

You can find out more about ONT’s recover from COVID and plans for the future in the June/July issue of Airport World.