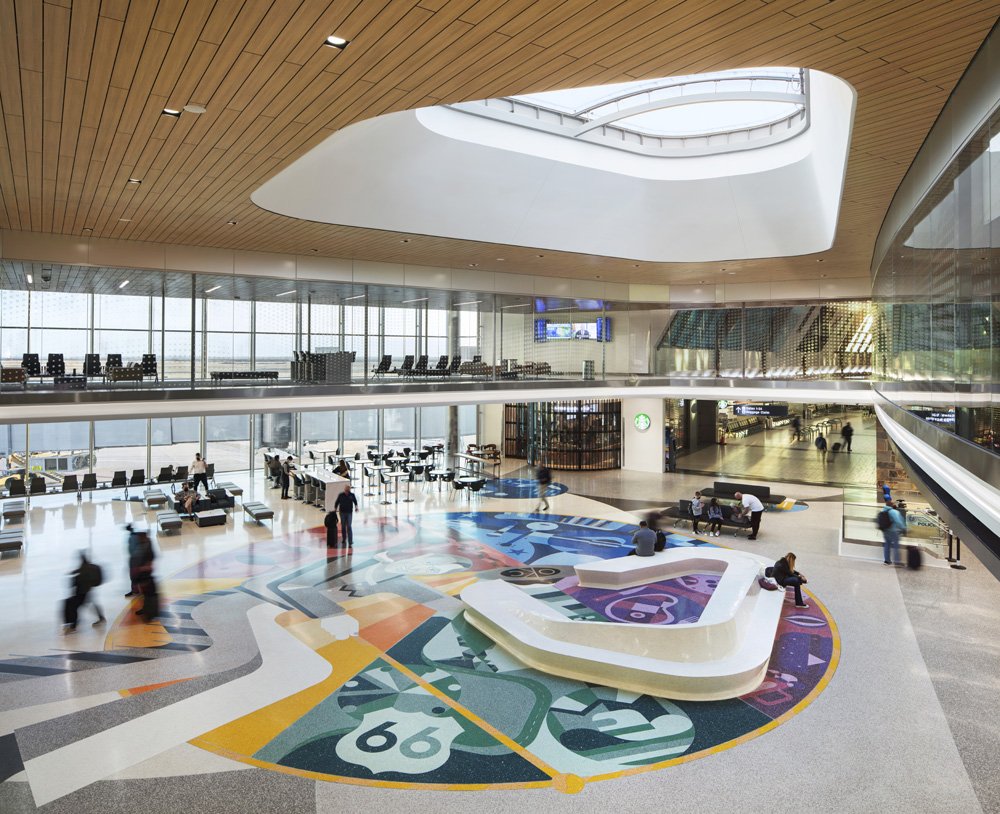 The first phase of the Will Rogers World Airport Terminal Expansion project in Oklahoma City is complete.

Led by HOK and Oklahoma City-based FSB, the expansion is designed to put the “world” back in Will Rogers World Airport, adding a new east concourse with four new gates (along with the flexibility to open six more gates in the future) and a customs area for international flights.

Before the expansion, the airport only had one gate available to lease. This was limiting its ability to attract new airlines or for an existing carrier to add capacity.

The first phase of the project includes four new gates on a new east concourse. Three are leased to Delta Airlines, with the fourth gate capable of accommodating wide-body aircraft and built with a customs area underneath it so it can accept international flights.

There is space to add six more gates in the future as needed.

A variety of new shops and restaurants are near the gates. Lounge areas have seats equipped with USB ports.

The new east concourse is 30 feet wider than the west concourse. This opens up the space and provides additional amenities for travellers.

Expansive windows and skylights draw in natural light. The daylight and wood ceilings combine to create a natural feeling in the terminal.

A public observation deck suspended above the concourse features lounge space and unique views of the terminal and airfield.

Below this observation deck, local artist Matt Goad designed ‘OKConnected’, a mosaic in the terrazzo floor that guides travellers through the space while highlighting Oklahoma City’s history, culture and people.

The terminal expansion elevates the airport and Oklahoma City while greatly improving the overall travel experience.

HOK and FSB worked with contractor Timberlake Construction and civil engineer of record MacArthur Associated Consultants on the project.