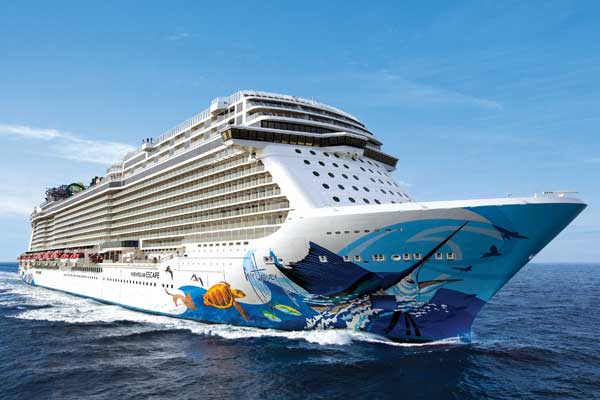 The ship, which is the first Breakaway-plus class vessel to sail in Europe for a full-length season, is based in Rome for the summer, and offers sailings ranging from seven to 11 nights.

Itineraries include calls at ports in Italy, Greece, Malta and France.

More: NCL ‘on track for record year’ in UK

A total of eight NCL ships are sailing in European waters this summer, including Norwegian Prima, the line’s first Prima Class vessel.

NCL president and chief executive Harry Sommer said: “Europe has always been a bucket-list destination for travellers from all over the globe and is a key cruise destination for NCL.

“We strive to offer our new and loyal guests a wide range of destinations and itineraries. We’re excited that this year’s Europe season is our most extensive to date, with eight ships and more than 100 ports of call.”