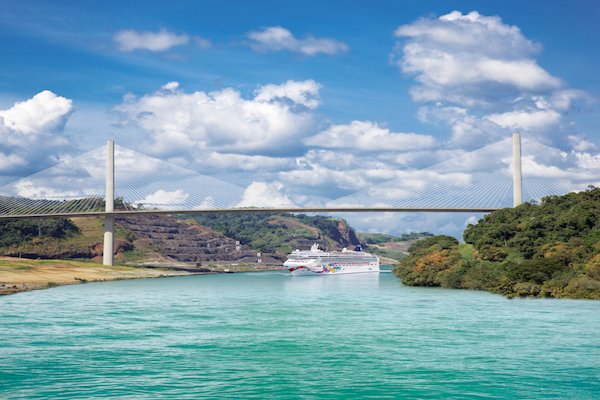 Revamped Norwegian Jewel has become the 13th ship in Norwegian Cruise Line’s 17-strong fleet to return to service after the pandemic.

The vessel will be the first to sail from Panama from November 24 after a summer season of itineraries in Alaska.

Norwegian Jewel will run eight Panama Canal cruises ranging from eight-to-10-day itineraries starting from Colón, the Caribbean side of Panama, and ending in Panama City on the Pacific side until end the end of March 2023.

The vessel will also sail on 12-day repositioning voyages that begin or end in Panama City.

The seasonal Panama sailings provide the added benefit for non-US passengers not requiring a US visa, the line pointed out.

NCL’s fleetwide redeployment will continue in partnership with local governments and are guided by the “robust protocols” of the company’s ‘Sail Safe Health and Safety’ scheme.

This requires that all passengers aged 12 and over, as well as all crew, must be fully vaccinated on all cruises “for the foreseeable future”.

NCL president and chief executive Harry Sommer said: “Norwegian Jewel’s first sail is not just another major milestone in our great cruise comeback but it’s the sign of a bright future as we will seasonally homeport from incredible Panama in November.

“With Norwegian Jewel’s diverse itineraries spanning voyages from Alaska to the Caribbean, guests will be able to see the world in one of our award-winning ships.”

Meanwhile, parent company Norwegian Cruise Line Holdings is to jointly develop new berthing facilities in Whittier, Alaska, capable of handling ships from the company’s three brands, along with a terminal and facilities for rail and bus access.