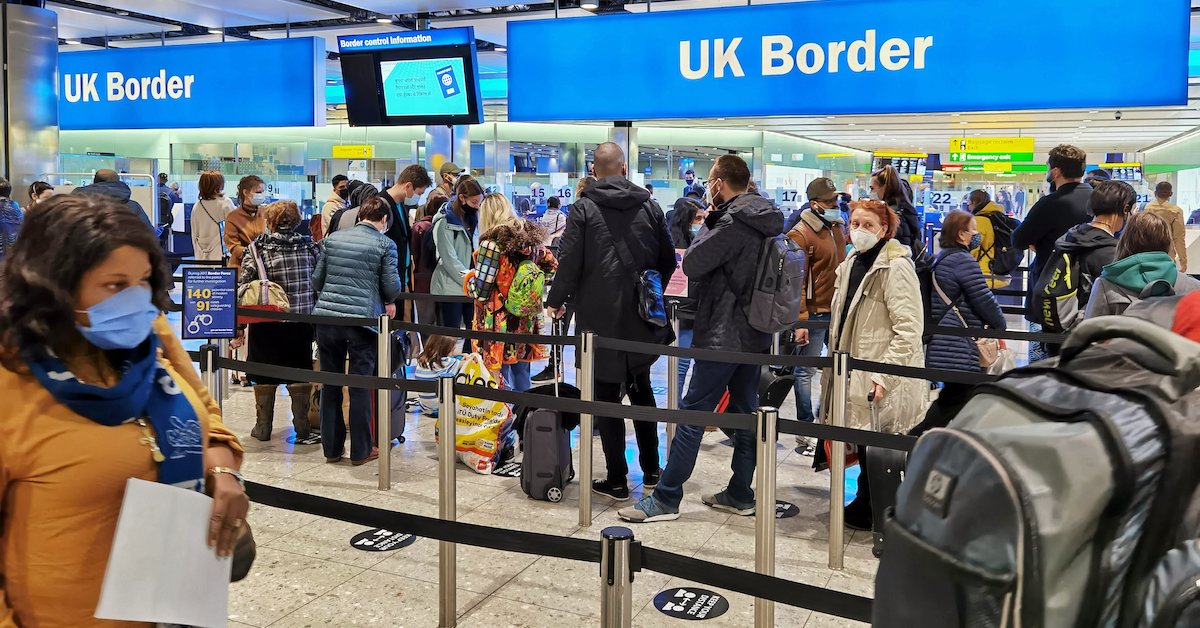 The majority of UK and overseas residents arriving in the UK had received at least two Covid-19 jabs by February, latest official data reveals.

Nine in 10 travellers arriving in the UK had received two vaccinations – 91% of UK and 88% of overseas arrivals, according to the Office for National Statistics.

Travellers also continued to feel that the wearing of face coverings and the provision of hand sanitiser made them feel safe during their journey. This comes despite many airlines removing mask mandates.

The proportion of travellers who had received more than two vaccinations has also continued to increase.

Two in three UK residents and half of overseas travellers arriving in the UK had received more than two Covid vaccinations.

The proportion of traveller arrivals with more than two jabs has continued to rise for both UK and overseas residents – 68% and 50% respectively in February, the ONS said.

The majority of UK travellers (85%) returning from abroad in February said that they find it “easy” or “very easy” to follow the Covid-19 restriction information for the country that they had visited.

Of those who reported finding it “difficult” or “very difficult” to follow the restrictions, the main reason given was finding them “difficult to follow, or overly restrictive”.

Most travellers arriving in the UK think that having a Covid test prior to arrival is either “very important” or “quite important” for safety (69% of UK residents and 78% of overseas residents).

“The increase in the percentage of UK residents who had received more than two vaccinations reflects the expansion of the NHS booster programme to all adults over 18 years of age, with those eligible to have been offered a vaccination by the end of February 2022,” ONS said.

“This follows the advice given to UK health departments by the Joint Committee on Vaccination and Immunisation (JCVI) in light of the new Omicron variant.

The government’s coronavirus dashboard shows 92% of all UK residents had received at least one vaccination by the end of February, with 85% having received two vaccinations and 67% having a booster or three vaccinations.

ONS added: “In line with the vaccine rollout programme, UK residents arriving into the UK in the older age groups were more likely to have received their first vaccination earlier in the year.

“Proportions reporting that they have had at least one vaccination have remained stable among these older age groups from September 2021 but have increased in younger age groups.”