LNG ‘better’ than diesel but ‘not the future’ says Celebrity chief 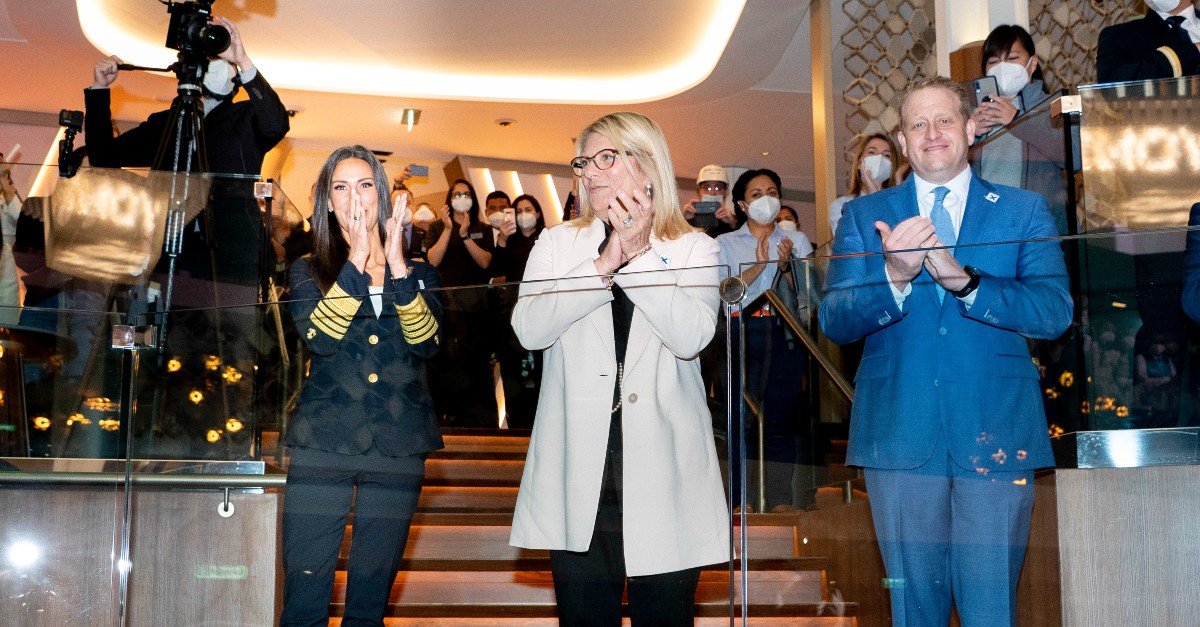 Liquefied natural gas (LNG) is “better” than diesel, but it’s not the long-term solution to improving cruising’s sustainable credentials, according to the boss of Celebrity Cruises.

Speaking at the delivery of Celebrity Beyond in France this week, president and chief executive Lisa Lutoff-Perlo said: “There’s a lot of controversy around LNG. We’re looking to take a more permanent solution – but that hasn’t been developed yet. The worldwide availability of a permanent solution isn’t there.

“LNG is incrementally better than what we have now but it’s not the future.”

“People want to ask what our decision is, but it’s really hard to make a decision. Even though we want to make changes, the industry is not catching up enough with the pace at which we are building ships. The technology has not been invented yet.”

She added that Celebrity was working closely with the tanker and cargo shipping industries to help develop a strategy.

“There is a lot of work going on in these sectors of the shipping industry and we’re partnering with them to develop new technologies rather than looking at what other cruise lines are saying.”

She added that “shore power would be great but most of the ports don’t have it”.

Lutoff-Perlo said customers were not currently driving the change but hoped that would change.

“Future generations will want it. It’s critical we save the planet and it’s critical we can operate freely around the world, which we won’t be able to do if we don’t address this as destinations won’t welcome us. That’s really the primary reason.

“But I hope people will care enough that it will make them think about which cruise line they want to travel with. Right now, our company cares more than the consumer cares, but I am hoping over time the consumers will catch up.”

Royal Caribbean Group president and chief executive Jason Liberty said the group was committed to becoming carbon neutral by 2050, adding it was focused on making reductions where it could.

But he added there were key components to achieving sustainability goals – technology that can be scaled and governments investing in alternative fuels and infrastructure.

“If we could plug our ships into shore power, that’s 35% of our carbon emissions [gone] right there,” he said.