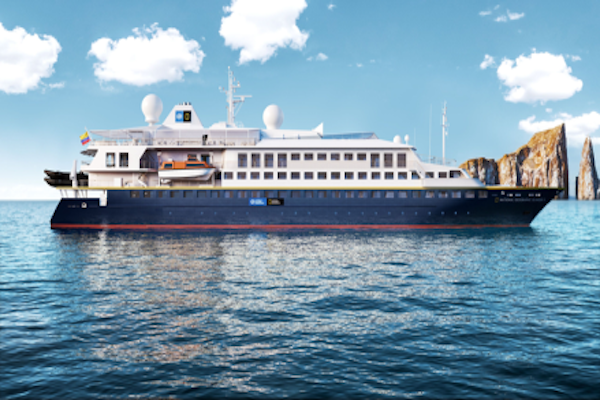 Lindblad Expeditions-National Geographic has taken on the former Crystal Cruises yacht Crystal Esprit after the luxury line’s parent company filed be wound up.

The 48-passenger vessel has been renamed as National Geographic Islander ll and makes its debut for its new owners in the Galapagos on August 18 for year-round expeditions in the islands.

The ship, with 26 suites, is undergoing a “top to bottom” refit before returning to service.

The new Science Hub, with an interactive video display, lab benches and seating, will highlight the company’s efforts in supporting conservation and research.

Two cabins will be designated for Galapagos community members, local and international researchers, educators, storytellers and other experts.

Lindblad Expeditions president and chief executive Dolf Berle said: “I had the pleasure of being in Galapagos for the first-time last week and you could feel the Lindblad-National Geographic legacy in these iconic islands – from the second-generation Galapagos crew aboard, to the locally grown food on the table to stories of the role we have played in supporting conservation in the archipelago.

“With the new National Geographic Islander II, we will be able to build on that legacy and offer an even greater connection to Galápagos and its people for just 48 guests.”

Meanwhile, Lindblad Expeditions has announced five new voyages to replace itineraries impacted by the war in Ukraine and is offering discounts of 25%.

The new sailings cover the Arctic, Alaska and Japan.