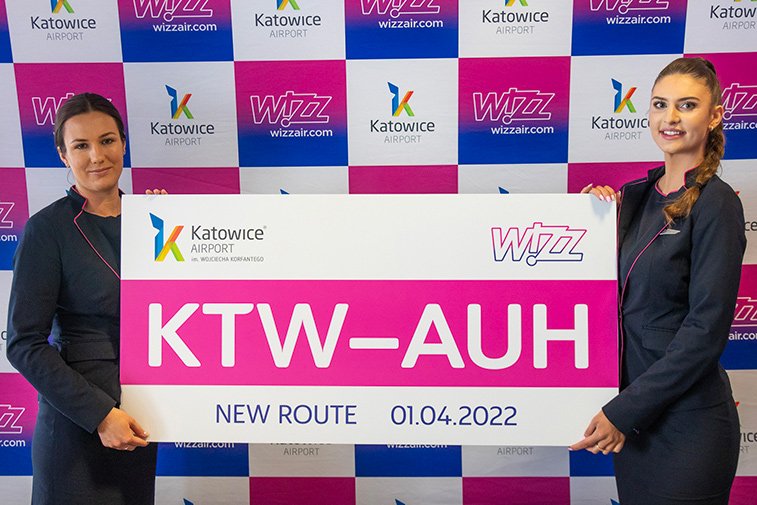 On 1 April 2022, Wizz Air launched services from Katowice Airport to Abu Dhabi. The route is operated twice-weekly on Mondays and Fridays.

On 1 April 2022, Wizz Air launched services from Katowice Airport to Abu Dhabi. The route is operated twice-weekly on Mondays and Fridays.

“The Katowice-Abu Dhabi route is significant not only because it allows to quickly reach the United Arab Emirates, but also because individually organised tourist trips are becoming gradually more popular,” said Artur Tomasik, President of the Board of the Upper Silesian Aviation Group (GTL SA), the company managing Katowice Airport. “This route allows to travel via Wizz Air’s original network of Asian and African destinations available from the air carrier’s base in the Near East.”

“For many years, Italy has been one of the most popular destinations when it comes to regular traffic at Katowice Airport,” said Tomasik. “During the record-breaking 2019 – the last year before the crisis caused by the coronavirus pandemic – 220,000 passengers travelled via regular flights to Italy; it was the third most popular country when it comes to regular traffic.”

Summer 2022 at Katowice Airport consists of 111 regular and charter routes to 90 airports in 30 countries.