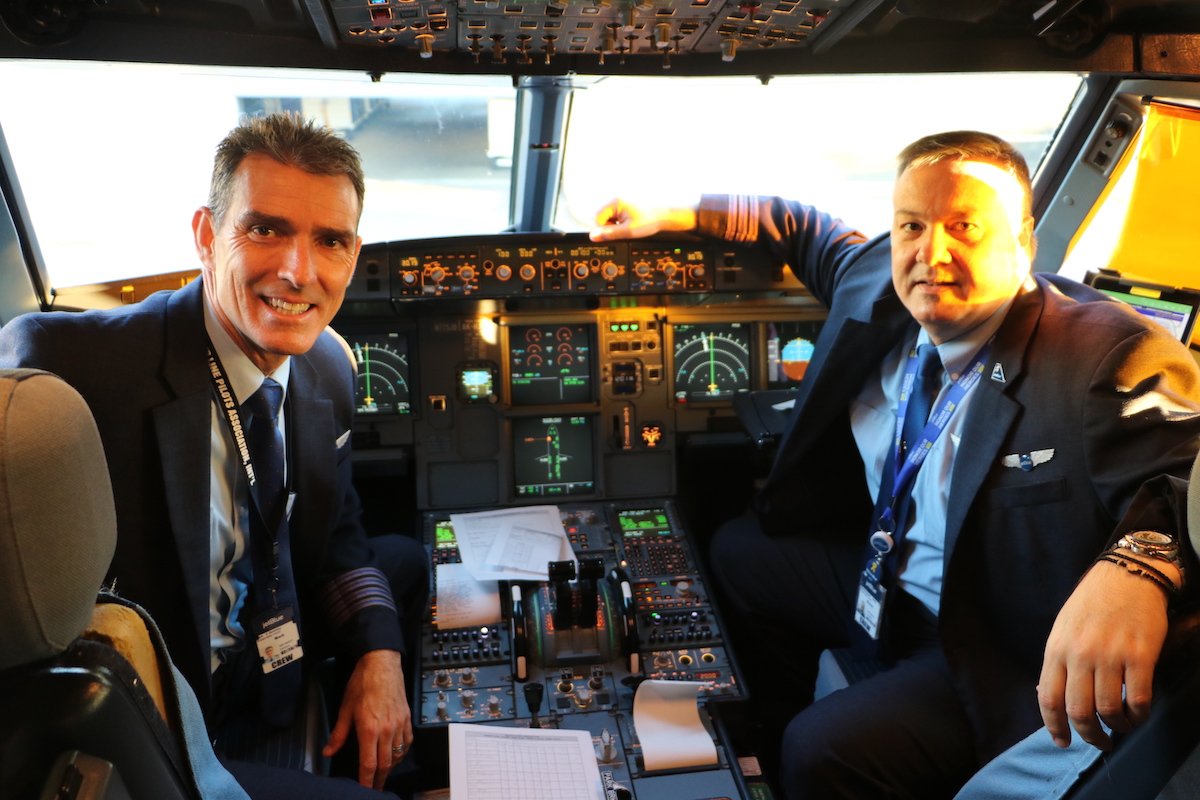 JetBlue is struggling to find positive news after operational issues forced it to cancel roughly 10 percent of its flights in April, and scale way back on summer flying. The pilot shortage has come home to roost with some asking if JetBlue is now just a stepping stone for crew members on their way to bigger airlines.

JetBlue Airways had few things to celebrate during its first-quarter results call. Executives were put to task about the airline’s April operational meltdown and the added costs it expects this summer to avoid further snafus.

The New York-based carrier cancelled roughly 10 percent of its schedule during the first three weeks of April, or equivalent to roughly 2,250 flights based on Cirium schedule data. The situation has made JetBlue a pariah among its U.S. peers in forecasting a second-quarter loss while the rest of the industry appears poised to return to the black.

But there was a bright spot for the airline: revenue momentum is building and ancillaries — fees for things like an extra legroom seat to priority boarding — jumped in the first quarter. JetBlue President Joanna Geraghty said Tuesday that ancillary revenues increased 70 percent during the March quarter compared to 2019. This increase in ancillary revenues, which JetBlue does not break out from other passenger revenues, and the higher airfares airlines are commanding mean total revenues are on track to jump as much as 20 percent in the second quarter before a four point hit from the April issues.

“We are set to generate our best quarterly revenue results in the second quarter and are positioned to accelerate this momentum through the summer,” Geraghty said. JetBlue forecasts an 11-16 percent increase in revenues compared to 2019 in the June quarter.

Ancillaries are something of a star of the global airline recovery. This is particularly on display in Europe where increases in these additional fees at some airlines are as striking as the one JetBlue saw in the first quarter. EasyJet has seen what Bernstein analyst Alex Irving called earlier in April a “step change” in ancillary sales to more than $25 (£20) per passenger from nearly $19 before the pandemic. And at some carriers, including Wizz Air, ancillaries now account for more of their revenues than selling tickets.

Revenue tailwinds for JetBlue include its new Northeast Alliance with American Airlines, and expanded loyalty tiers. In addition, it saw lucrative corporate travel recover to 75 percent of 2019 levels in March.

The added income from ancillaries and other measures are welcome as JetBlue faces a large run up in costs. Unit costs excluding fuel — a measure of how much it costs the airline to carry a passenger one mile — jumped 13.9 percent year-over-three-years in the first quarter, and is forecast to rise 10-15 percent for all of 2022. Healthy unit costs excluding fuel growth is seen as equal to or less than the rate of national economic growth.

Much of those added costs come from the situation JetBlue executives were answering for on Tuesday: Operations.

JetBlue has drastically pulled back its growth outlook for 2022 in an effort to stabilize its operations. The airline plans to fly only as much as 5 percent more capacity this year than in 2019; an up to 10 point downward revision from January. And in the second quarter, JetBlue plans capacity that is flat to up 3 percent year-over-three-years.

But the pilot situation is worse for JetBlue than many other U.S. carriers. The airline is now planning for elevated pilot attrition rates for the first four years that crew members fly for JetBlue, said Geraghty. In other words: It has become something of a farm team for the Big 3 — American, Delta Air Lines, and United Airlines — rather than being a long-term career for aviators.

“JetBlue historically, it’s a destination carrier for airline professionals historically. And yet now, it does seem like maybe for some, it’s a stepping stone,” Deutsche Bank analyst Michael Linenberg said on the call Tuesday.

Geraghty and other executives pushed back on the characterization of JetBlue as a “stepping stone” for jobs at other airlines — a role typically reserved for regional carriers, like Cape Air or Mesa Airlines. However, she acknowledged that JetBlue is now including elevated attrition rates in its long-term staffing and capacity plans. Some pilots, for example, want to fly wide-body jets, like the Airbus A350 or Boeing 787, and leave JetBlue for jobs where they can fly those types, she added.

“The access to pilots really becomes the governing factor for growth in the industry over the next few years,” JetBlue CEO Robin Hayes said.

The “few years” timeline is the longest any U.S. airline executive has put to the pilot shortage. American Airlines executives expect their training backlog will clear by the end of the year, while executives at regional Republic Airways think the situation will not ease until the middle of 2023. In addition to JetBlue, Alaska Airlines, American, and Spirit Airlines have all cut their 2022 capacity forecasts due to pilot hiring or training issues.

Raymond James analyst Savanthi Syth estimates that U.S. airlines will hire roughly 13,000 new pilots annually this year and in 2023. However, the current training and certification process only produces roughly 5,000 to 7,000 new pilots per year.

Alaska and United have both set up flight schools to increase the supply of pilots. However, the programs typically take several years to produce new crew members. JetBlue has several job pathway programs, including one with Cape Air.

JetBlue executives said that, despite the pilot situation, its capacity cuts and other readiness efforts will translate to operational reliability for travelers this summer.

Hayes declined to comment on JetBlue’s pending bid to acquire Spirit. He deflected questions on a decision timeline to the Florida-based discounter, which has said is considering JetBlue’s offer over one from Frontier Airlines.

“I think 2023 will be the first year we’re actually comping against the year before as opposed to 2019,” said Hayes in a sign that JetBlue has written off 2022 as another so-called recovery year.