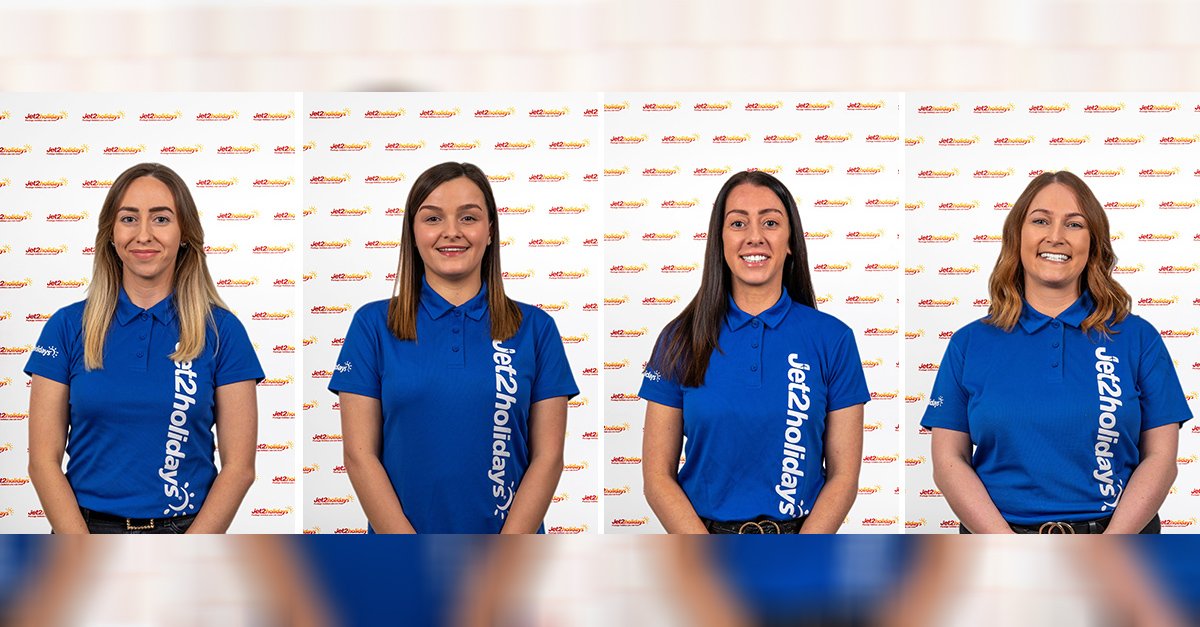 Nikki McGuire has been promoted to the role of national sales manager, while Jade Evers, Kat Davies and Freya Sutcliffe will take up new positions as business development managers.

In her new role, McGuire will work alongside the team’s other national sales manager, Simon Marshall, and will be responsible for looking after consortia and key accounts across the UK.

She will also manage a team of trade sales executives and business development managers to support independent travel agents.

Previously a business development manager, McGuire worked as an independent travel agent before joining the Jet2holidays’ trade team more than 11 years ago.

Evers has worked at Jet2holidays since 2020 covering northeast England and Yorkshire. Davies joined the company four years ago and is responsible for north Wales and Northern Ireland. They are both promoted from their roles as sales executives.

In their new posts, Evers and Davies will mentor other sales executives to increase sales of Jet2holidays through the UK travel trade.

Sutcliffe looks after homeworkers nationally and has been with Jet2holidays for over three years.

She was previously a senior sales executive, and, in her new role, she will focus on strengthening Jet2holidays’ relationships with homeworkers to help them increase sales.

Jet2holidays is also recruiting two sales executives to join its 14-strong trade team, with one covering Scotland and the other the Midlands.

Alan Cross, head of trade at Jet2holidays, said: “By working together with independent travel agents and homeworkers to help them grow their businesses, we are enjoying tremendous success and that is reflected by these four well-deserved promotions that we are announcing today.

“Making these appointments and creating two vacancies to work alongside our agency partners shows that we are continuing to invest in our Partners2Success strategy.

“Independent travel agents and homeworkers are a vital sales channel, and we are always looking at how we best deliver a service that supports them with their business growth.

“Not only are these promotions tremendously well-deserved, but they will enable us to do even more when it comes to working in partnership with independent travel agents and homeworkers.”

• Meanwhile, sister brand Jet2.com has taken off to Kos for the first time from Glasgow airport on Wednesday (May 4.)
The weekly services will run until October 26.

Jet2 is operating to six Greek destinations from its Glasgow base this summer: Kos, Corfu, Kefalonia, Crete (Heraklion) Rhodes and Zante.