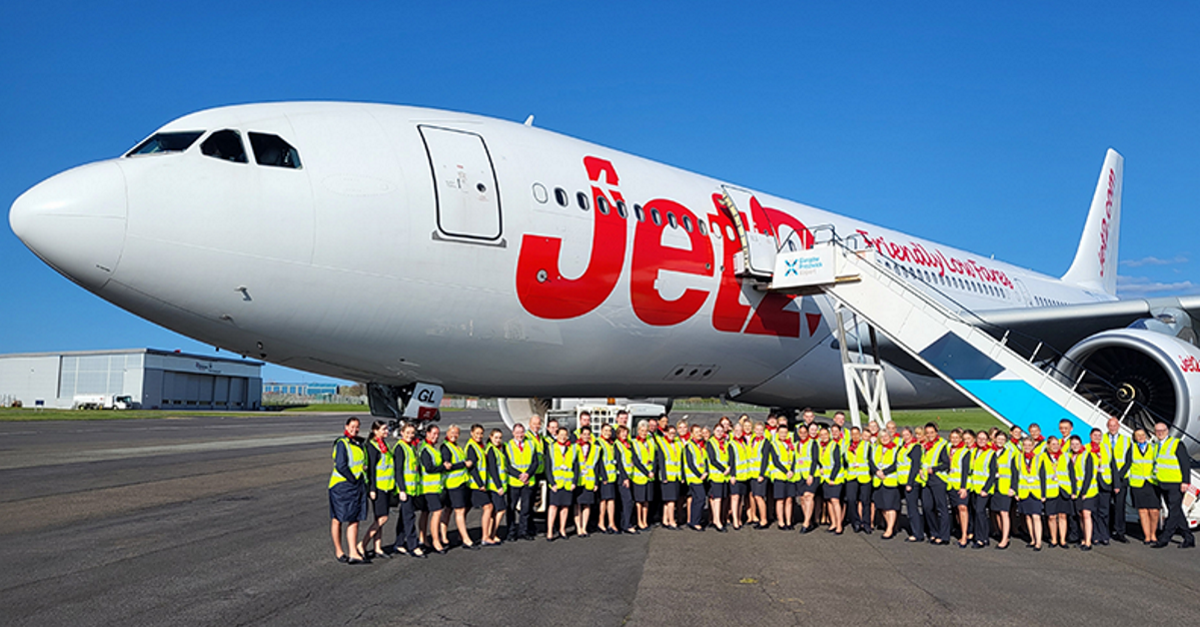 Jet2 has brought widebody Airbus aircraft back in to service from Manchester to increase its summer capacity.

The airline’s 327-seat Airbus A330 made its first flight of the season earlier this week when it took off to Tenerife. A second A330 will come into operation later this month.

Both will operate from Manchester Airport until the end of October and will fly to popular destinations including Majorca, Faro, Tenerife, Antalya and Dalaman.

Ian Doubtfire, sustainability and business development director at Jet2.com and Jet2holidays, said the increased capacity will help the airline meet the airline’s “huge demand” over the summer months.