Japan to ease Covid curbs for UK visitors from June 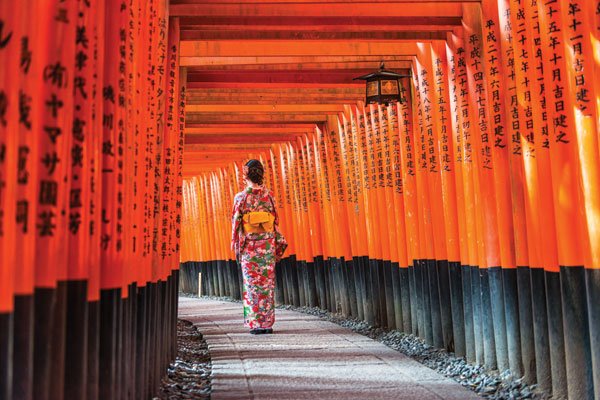 Japan will ease its Covid-19 requirements for UK travellers next month, boosting optimism that international tourism will soon be able to resume.

Chief cabinet secretary Hirokazu Matsuno said that from June 1, Japan will not require quarantine or airport testing for arrivals from countries in its “low-rate group”, which includes the UK.

Japan will also increase the number of international arrivals from the current limit of 10,000 to 20,000 a day from June 1.

A pre-departure test will still be needed for travellers.

Specialist tour operator InsideJapan has two members of staff taking part in ‘test tours’ that were announced earlier this week and the company hopes to have more information at the end of May about tourism developments.

Simon King, co-founder of InsideJapan, said: “This is the first major step towards reopening the borders to tourism.

“Although 20,000 international daily arrivals is still relatively small, the removal of testing requirements paves the way for a considerable increase in daily entry numbers that come with tourism.

“We believe that there is more significant easing of restrictions to come at the beginning of June and that Japan remains on track for a restart of inbound international tourism this summer.

“As a Japan travel specialist, this is hugely exciting and cannot come soon enough.”

InsideJapan has almost 2,500 people waiting to travel this year.

Since the Japanese prime minister spoke in London earlier this month about borders reopening, the specialist has seen a sharp increase in enquiries and bookings for cultural adventures and small group tours to the country.