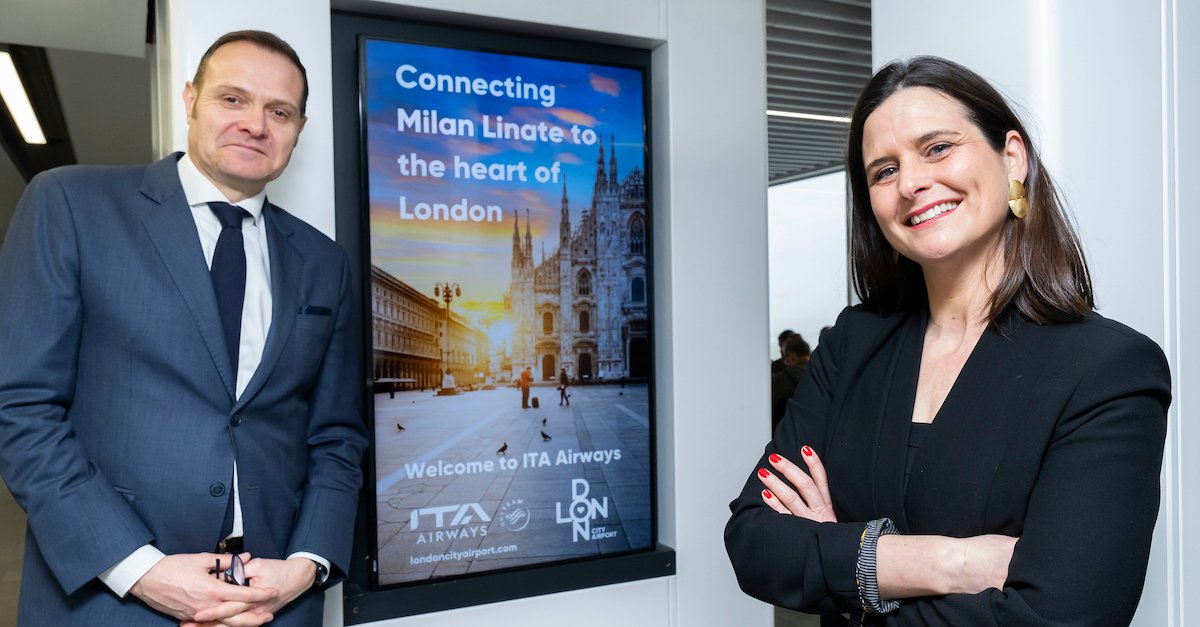 London City airport has resumed flights to Milan Linate to cater for “pent-up demand from business and leisure travellers”.

ITA Airways, the Italian flag-carrier, is the first new airline to fly from London City since the pandemic and is now operating a triple-daily service (18 weekly) to the Milanese hub.

The route links two of Europe’s primary financial hubs and is used by many business travellers and large corporations including JP Morgan, Barclays and Credit Suisse.

The city is also a popular destination for leisure passengers, thanks to its cultural and historical attractions, including the San Siro football stadium and the Duomo di Milano.

The flights to Milan Linate in addition to British Airways’ daily service to Milan Malpensa airport.

Other pre-pandemic services being resumed include Barcelona, while new routes such as Thessaloniki join established summer destinations such as Split, Mykonos and Faro.

London City Airport said it is on track to have its busiest month since the pandemic began, welcoming another post-Covid record of 44,000 passengers last week, and with March passenger traffic up 40% on February’s figures.

Anne Doyere, London City’s head of aviation, said: “At its peak, this route served 360,000 passengers per year and was one our top five performers, so its return is a significant moment in our recovery.

“We are also delighted to welcome ITA to the airport. We believe this can be the start of a very successful relationship and hopefully, over time, we can work together to add more rotations on Linate and more routes from Italy to London’s most central airport.”