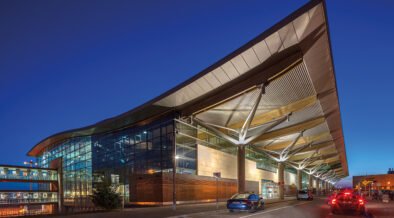 After using the traffic downturn to rebuild its main runway, Cork Airport’s managing director, Niall MacCarthy, feels that the Irish gateway is in a good position to bounce back better.

Prior to the COVID-19 pandemic, Cork Airport was the Republic of Ireland’s busiest and best connected regional international airport and the second busiest in the country after the capital city, Dublin. As well as operating over 50 direct routes to the UK and Europe, Cork Airport also provided daily long-haul connectivity through major hub airports such as London Heathrow, Amsterdam Schiphol and Paris CDG.

We are a key part of the South of Ireland economy directly and indirectly supporting 12,180 jobs and contributing €904 million to the economy across the region in 2019. This was a combination of direct, indirect, and catalytic economic impact through aviation, inbound tourism, employment, and supply chain.

COVID has obviously affected these figures, but with a strong summer forecast, in 2022 we expect to be at 75% of 2019’s economic impact or around €675 million in terms of our contribution to the South of Ireland economy.

Cork Airport’s traffic declined from 2.6 million in 2019 to 530k in 2020 and 259k in 2021. In 2022, our traffic is forecast to grow by a multiple of seven to eight times 2021 levels. We availed of the opportunity presented by low traffic levels during COVID to rebuild our main runway in 2021 and renew our airside electrical infrastructure as part of a €40 million overall investment in the airport’s capital expenditure. We closed for a period of 10 weeks and this high-profile project was completed on time and slightly under budget by a very competent project team.

Now that Europe is emerging from COVID, we are very confident of our airport’s recovery. The pandemic has done significant damage to networks and airport and airline balance sheets. We lost both Flybe and Stobart Air to liquidation during COVID and business traffic will take a while to recover. Nevertheless, we emerge from the pandemic confident for the future of our airport and with eight strong scheduled airlines and 43 routes. Full recovery will take up to three years, but we are off to a strong start from April 2022.

Traditionally, attracting strong new routes is a key challenge and attracting them is very much based on securing a price per passenger that ensures that they are profitable. It is a very competitive market competing against hundreds of other cities across Europe for airlines to place routes and base aircraft in your particular airport.

Creating sufficient operating profits through our aeronautical and commercial revenues to cover our capital expenditure is also challenging due to the high cost of airport infrastructure, including mandatory safety and compliance costs, as well as more recently the increasing costs of sustainability projects to meet our 2030 carbon reduction targets.

People assume our airport is grant funded or state supported but up until COVID-19, all funds for capital expenditure and operating expenditure were commercially generated within our company without direct state subvention. It is the same challenge that any commercial company in any market faces… funding the short-term and the long-term in a highly competitive market.

Generally, airports handling between two and three million passengers per annum make an operating profit and can fund day to day capital expenditure, but do not generate enough cash flows for large scale infrastructure development. For us, pre-pandemic, our aero and non-aero revenue split was just under 60/40. So, aero revenue would still make up the majority of our earnings, but commercial revenue sources are growing and becoming more important all the time. Our three largest commercial revenues are car parking; car hire concessions; and retail/duty free concessions. However, other elements such as F&B, property rent etc are also hugely important to both revenue and our operation as a whole.

Smaller airports have the same challenges as larger ones in boosting non-aeronautical revenues, the main income streams are still car parks, car hire, retail and food and beverage outlets. Most other income streams tend to be significantly smaller. One advantage that smaller airports have over larger ones is the ability to ‘trial’ new income streams that may impact operations, the relatively smaller size often means a new idea can be tested in an operation without the risk of significant impact to airline operations. Separately, the exit of the United Kingdom from the European Union is to be regretted politically and economically. However, from an aviation perspective, the United Kingdom is now eligible for duty free sales for departing passengers from Cork Airport, and this has assisted our retail revenues significantly.

Often, the biggest challenge at large hub airports is the dominance of a major hub carrier, the success of which directly impacts the success of the airport. It can also be difficult to attract new operators of scale, both with a desire to compete against a large home carrier, and one that can obtain the necessary slots (as most European hubs are slot constrained) to compete effectively. Where the hubs generally perform well is the additional revenue generation that transfer passengers bring, such as airside retail or airport lounges and restaurants.

Low-cost carriers bring increased passenger numbers and an increased choice of destinations to regional airports. They can connect P2P markets which would not be possible with full-service carriers, while they also tend to operate at less busy times of the day, impacting the operation far less. Low-cost carriers tend to be able to scale up more quickly than traditional full-service carriers and are particularly price sensitive in terms of airport charges and incentives. In layman’s terms, they can turn on large passenger volume quickly but at low cost in every sense and this can make them agile to deal with but difficult commercially.

Do you think that local and national governments appreciate this importance and, in general, are supportive of your airport and aviation?

We are very grateful to the Irish government for the support delivered to us during COVID to sustain our business. During the COVID lockdown, our supply chain was stood down almost in totality and it was clearly visible and distressing to see the direct effect on thousands of jobs and hundreds of businesses. I think, if one good thing emerged from the pandemic, it was the underlining of the importance of our regional airports as economic engines for the regions they serve.

How do you plan developing your airport over the next five to ten years?

Our first priority is traffic growth. Our infrastructure is generally in good condition and well maintained. In terms of capital investment, in the short-term (within five years), we will be deploying next generation cabin baggage screening technology, and this will require considerable technology and space investment. In addition, we will be investing in sustainability initiatives to reduce our carbon footprint and meet our commitments in terms of the future of green aviation and airports. We are examining a number of infrastructure investment possibilities in that regard, which we expect to advance over the next five years.