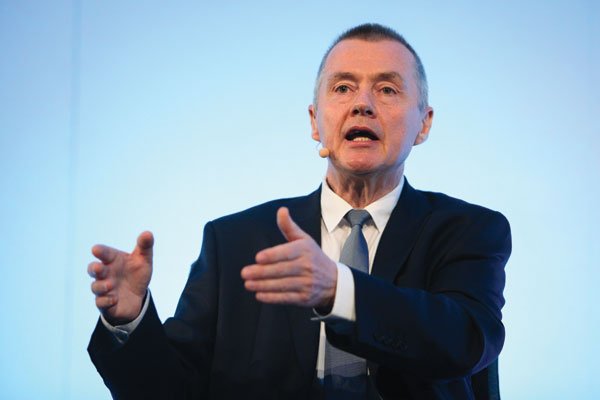 Airline association Iata reported a strong rebound in air travel in February as the impact of the Omicron variant of Covid diminished.

But Iata director general Willie Walsh noted “unacceptably long lines” at airports ahead of a surge in Easter travel and warned of “a huge increase in passenger numbers in the coming months”.

Total traffic in February was more than double that of February 2021, up almost 116%. However, global traffic remained 45% down on February 2019.

Iata noted Russia’s invasion of Ukraine on February 24 and the ensuing war had not had a major impact on traffic levels.

International traffic increased 257% in February over the same month in 2021 but remained 60% down on February 2019.

Worldwide domestic traffic rose 61% year on year and was just 22% below the level of 2019 despite wide variations by market.

The Iata data reflects revenue passenger kilometres (RPKs), reflecting not only the number of paying passengers but also the distance flown.

Iata director general Willie Walsh said: “The recovery in air travel is gathering steam as governments in many parts of the world lift travel restrictions.”

He argued: “States that persist in attempting to lock-out the disease rather than managing it risk missing out on enormous economic and societal benefits.”

But Walsh noted: “It is important infrastructure providers are prepared for a huge increase in passenger numbers in the coming months.

“We’re already seeing unacceptably long lines at some airports owing to the growing number of travellers even before the surge of Easter holiday travel.

“The peak Northern summer travel season will be critical for jobs.”

He argued: “Governments can help by ensuring border positions are staffed adequately and background security checks for new staff are managed as efficiently as possible.”

However, overall traffic in Europe remained 42% down on February 2019 and international traffic 45% down.

North American carriers saw a year-on-year rise in traffic of 237% in February, with the average load factor nearing 64%.

Yet total traffic in North America remained 20% down on 2019, with domestic traffic just 7% down but international traffic 44% below the 2019 level.

Asia-Pacific airlines recorded a 144% increase in traffic year on year in February, however traffic remained 64% down on 2019 and international traffic 88% down.

The average load factor in the region remained the world’s lowest at 47% despite a rise of 16 percentage points.

Latin American airlines recorded the highest load factor in February for the 17th consecutive month at 77%, with traffic up 243% on February 2021 and total traffic just 27% down on 2019 but international traffic 44% down.

Africa’s airlines reported a smaller rise of 70% year on year, but that was a 50 percentage point improvement on January and the average load factor climbed 13 points to 63%. Traffic in Africa remained 51% down on 2019.

The US remained the stand-out domestic market, with traffic in February 112% up on a year ago and just 7% down on 2019

The world’s second biggest domestic market, China, remained 35% down on 2019.