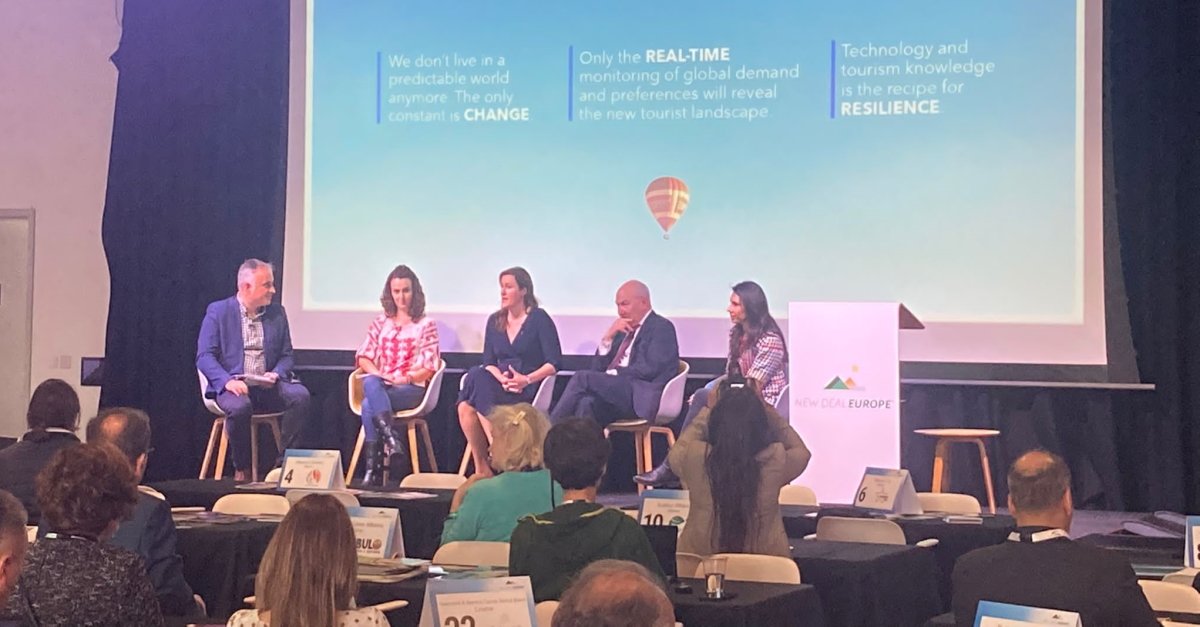 Ongoing challenges post-Covid and the war in Ukraine are making the role of tour operators more valuable than ever, a New Deal Europe trade event was told this week.

The organisation, which promotes tourism to the Balkans, hosted over 100 trade partners in London on Monday at its first face-to-face event since the start of the pandemic.

Speaking on a panel session on resilience in the travel sector, chief executive of European trade association Etoa Tom Jenkins said: “When operations are tough, when sales are tough, when demand is coming back but availability is wide open and when suppliers are finding it difficult to fill themselves up, that’s exactly when intermediaries add value.

“This is an environment for tour operators. This is something that I know the members of Etoa will be grabbing with both hands because we have a huge opportunity here. There’s massive pent-up demand in origin markets for everywhere, including the Balkans.”

Jenkins said the current logistical difficulties airlines, airports and operators are facing is an indication that travel is resuming after two years of hibernation and “creaking back into action”.

Claire Hanney, head of travel experiences at Trafalgar Tours parent The Travel Corporation, agreed there are issues associated with staffing and service levels across the board in travel.

And she said firms are also having to deal with shorter booking windows and protecting bookings with customers who now have much more flexible cancellation policies. But she added, following the pandemic shut down, these are good problems to have.

“There are a lot of things we are all having to compensate for,” she said. “I’m not saying that’s a bad thing because we have not had these problems in such a long time. It’s fine we have these issues because, yes, it’s harder to do business, but at the same time we are doing business – it’s just delightful.”

Jenkins said it was “remarkable” how little impact the war in Ukraine is having on business. He described the impact as “contained” and “geographically localised” and said it was “stupid” to assume poor geographic knowledge of travellers was causing them to panic.

“This is contained within Ukraine. You are looking at something that is seen as being localised in contrast to terrorism which is seen as general and a threat to everyone,” he said.

Hanney agreed that Covid has made travellers more resilient and determined to go on holiday and that the war’s impact is less than it would have been in any other year before the pandemic.

And she said it was more important than ever for the industry to use its reach on social and in the media to get the message across about what it is actually like on the ground.

“I know people in your region are welcoming, always. But at this time when they have not had the volume of tourism for the last two years that they are used to having, particularly in areas we would have considered over-touristed like Croatia, people are so happy to see our guests.

“It’s really important that we all make sure those good stories are everywhere because that’s helping bookings and people who are on the fence to be a little bit more confident about making that booking.”

Virginia Lungu, product manager at Romanian Destination Management Company Rotours Incoming Concept, said the destination was open for business and, contrary to some perceptions, there are no Ukrainian refugees on the streets.

“In Romania spring is coming and people are smiling, everything is really well. Ukrainian refugees are either in transit because they are being taken from the border to relatives in western Europe or the US or Canada, or they remain for a short time hoping to go back.

“They are being hosted in special care centres or people have taken them into their homes, but they are not on the streets. Everyone has imagined what it’s like to lose your home and they have reacted by taking care of them.”

Lungu said all Covid restrictions have been lifted in Romania and a recent tour group of 70 from the US said they felt safe in the country because it was a member of Nato.

Data reported by Mabrian revealed the start of the conflict saw a sharp decrease in UK flight searches of 30% to 40% for Easter getaways as the war began but that recovered quickly.

However, analysis of data for Greece, Turkey, Portugal and Spain revealed recovery was focussed on western Europe within five days while eastern Med destinations remained down two weeks after the invasion.

“This maybe a future trend if the conflict continues,” said Anna Borduzha, business development manager. Mabrian has also tracked falling prices for three and fur star properties in Greece and Turkey due to the loss of Russian business while five start prices have increased.