How to explore Boston’s food scene – on any budget 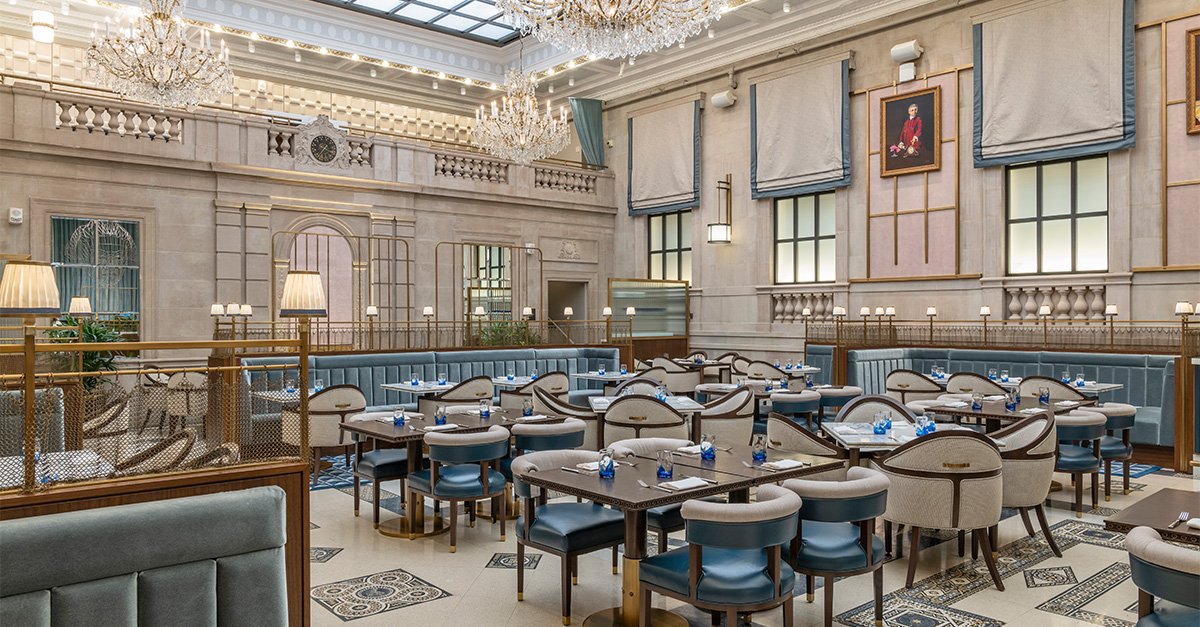 A wave of restaurant and bar openings are putting this New England city in the spotlight, says Tamara Hinson

New openings – such as Raffles Boston Back Bay Hotel & Residences later in 2022, hot on the heels of The Langham Boston, which launched last year – are putting this US city on the map when it comes to food and drinks.

Both feature a strong bar and restaurant offering, from Raffles’ sky bar to hip breakfast spot Grana at The Langham. The city welcomed a Time Out Market just before the pandemic, showcasing the best of a thriving culinary scene.

Here, we take a deep-dive into the best of Boston’s foodie scene, for every budget.

The US’s oldest Major League Baseball venue – Boston’s Fenway Park – turns 110 in 2022. But a ballgame (or a tour of the historic stadium) isn’t the only reason to head to the Fenway neighbourhood. The streets are filled with wallet-friendly restaurants and bars, such as Loretta’s Last Call – a country music-themed restaurant famous for its line-dancing classes and Southern cuisine.

Try the chicken and waffles with maple barbecue syrup ($15/£11). Taking in a ballgame? Concessions at the stadium are regularly upgraded. Visitors can chow down on everything from lobster rolls to clam chowder, and there are plenty of healthy options, partly thanks to the presence of the stadium’s rooftop garden, which produces three tons of organic vegetables a year.

Boston’s packed with fantastic pubs, and one of our favourites is the Sam Adams Boston Taproom, where clients can work their way through the menu while admiring the enormous copper brewing kettles. Imbibers who opt for one of the beer flights will be handed a wooden chalkboard-topped tray – they can scrawl their beer choices next to the slots and pass it back to the bartender.

For fantastic local food, it’s hard to beat Boston Public Market, where dozens of New England suppliers sell everything from fresh fish to local beer (we recommend the Winter Hill Brewing Company’s New England pale ales), beneath signs outlining the case for shopping local. It’s a great place to pick up locally made souvenirs too.

The best thing about Boston is the abundance of local produce. At Puritan & Company restaurant, (technically in Cambridge, but just a 10-minute drive from downtown Boston), 13th-generation New Englander Will Gilson serves up seasonal, local cuisine, from butternut bisque to crab cavatelli.

The menu changes regularly, but main courses start at about $22 (£16). Clients who prefer a pick-and-mix approach should consider a visit to the Time Out Market Boston, which is filled with concessions of the city’s best independent restaurants.

When hunger strikes, guests can dine in one of the original cells at Clink restaurant

In a rush? The staff at Cured will fill a paper cone with a selection of meats and cheeses to go. For pre-dinner drinks, it’s got to be the Liberty Hotel, inside what was once the Charles Street Jail, where various famous criminals, including Malcolm X, served time.

The best spot is the Liberty Bar in the soaring atrium, complete with the original ornate windows – designed to encourage former prisoners to contemplate their lot. When hunger strikes, guests can dine in one of the original cells at Clink restaurant.

Push the boat out

The Langham Boston hotel reopened in 2021 following a two-year closure and multimillion-dollar renovation. It’s in the former headquarters of the Federal Reserve Bank of Boston – an explosion of renaissance revival-style architecture built in the 1920s.

It’s now home to the chicest breakfast spot in town, Grana, where clients can dine beneath priceless artworks and ornate plasterwork. History buffs should check out the Federal Reserve Seal, set into the original terrazzo flooring, both of which were revealed during the recent renovation.

The breakfast menu (it’s also open for brunch and lunch) is packed with local delicacies such as griddled cornbread, lobster omelettes and oatmeal with New England apple compote. Clients with a weakness for seafood will love the Select Oyster Bar in the Back Bay neighbourhood.

Highlights include the Maine lobster salad, along with the sharing seafood platters, which start at $105 (£77). In late 2022, the sky bar at the Raffles Boston Back Bay Hotel & Residences will undoubtedly be the coolest place for a nightcap, but in the meantime, clients can quench their thirst at the ridiculously cosy The Newbury Boston’s Street Bar, with its roaring fireplace and book-lined walls.

This five-star hotel opened in 2021, although the building dates back to the 1920s, when it was one of the world’s first Ritz-Carltons. The original cobalt-blue chandeliers now dangle from the Garden Room’s ceiling.

Where to stay
Marriott’s boutique-style The Liberty, a four-star hotel inside the historic Charles Street Jail, offers a night’s B&B from £236.
marriott.com

Rooms at Hyatt Centric Faneuil Hall Boston, just a short walk from Boston Common and the New England Aquarium, lead in at £133 on a room-only basis.
hyatt.com

“Boston is steeped in history, arts and culture. It’s perfect for an impressive city break, or as a base for exploring New England. Walking trails lead through the city, connecting parks, the Bunker Hill Monument and other historical sites.

Foodies will love the world-class dining options, while there are more than 30 artisan farmers’ markets for those who like to shop and eat local.”