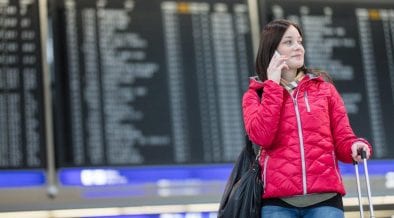 The contrasting 2022 traffic recoveries of Hong Kong and Frankfurt and Dublin airports show just how far the European gateways are ahead of the Southeast Asian airport in terms of bouncing back from the global pandemic.

The totals at Frankfurt and Dublin effectively meant that passenger numbers at the airports bounced back to 70% and 85% of pre-pandemic levels, while Hong Kong is still only handling a fraction of the 71.5 million passengers that passed through its facilities in 2019.

Reflecting on the results, Kenny Jacobs, the CEO of Dublin Airport operator, daa, said: “Following two years of COVID disruption, 2022 was the year in which international travel came back very strong.

“When you consider that passenger numbers during the first two months of 2022 were very low due to uncertainty around the Omicron variant, the recovery in passenger numbers from March onwards was way beyond the expectations of even the most optimistic of travel forecasters.

“This resurgence in travel has posed challenges for Dublin Airport and airports all around the world. I’d like to pay tribute to the incredible team there which has worked tirelessly to facilitate more than 28 million journeys over the past 12 months. Their hard work over the Christmas period – the busiest in three years – saw 93% of passengers pass through security screening in under 20 minutes, with 99% through in under 30 minutes.

“In the year ahead, we are determined to maintain this security performance and make further improvements to the standards at Dublin Airport so that the travelling public get the service they expect.”

While Fraport AG’s CEO, Dr Stefan Schulte, said: “Last year was a very turbulent and challenging year for the entire aviation industry. Following the lockdowns at the start of the year, the sudden and sharp increase in demand put a heavy strain on all process partners ramping up operations.

“Due to the complexity of the system, air traffic operations had a shaky restart at many airports – including in Frankfurt. On the positive side, our worldwide Group airports focusing on tourism traffic showed a highly encouraging performance in 2022.

“The airports in Greece even exceeded pre-crisis levels, for the first time since the outbreak of the pandemic.

“Looking ahead, we are confident to see further growth in 2023. People are eager to travel, and we are working full speed to ensure that passengers have the best possible airport experience. Nevertheless, the situation remains challenging.”

Looking back at last year, Airport Authority Hong Kong CEO, Fred Lam, decided to concentrate on the positives – the fact that passenger numbers are on the rise, increasing 318% on 2021, and that his airport was still one of the busiest cargo gateways on the planet, handling 4.2 million tonnes of freight in 2022.

Last year was also a good one for Hong Kong International Airport in terms of enhancing its facilities.

Lam said: “The airport endured another challenging year in 2022 as the impact of the pandemic continued. Nevertheless, we saw the light at the end of the tunnel when the HKSAR Government relaxed travel restrictions and quarantine requirements for inbound travellers in the second half of the year.

“Passenger traffic at HKIA started to pick up in the last quarter of 2022. We also have a good start of 2023 with the resumption of normal travel with the Mainland. We are confident that passenger traffic will continue to recover at HKIA.

“Despite the pandemic AAHK spares no effort in improving the airport’s facilities to prepare for the recovery of air traffic. In the past year, the Third Runway was officially commissioned, which was a significant milestone for the Three-runway System project. Sky Bridge, the 200m-long footbridge connecting Terminal 1 and T1 Satellite Concourse, opened last November to offer convenience and new experience.

“Facial recognition is applied to the entire departure journey. The luxury zone and boarding gate areas have been revamped to amaze passengers with new looks and facilities.”