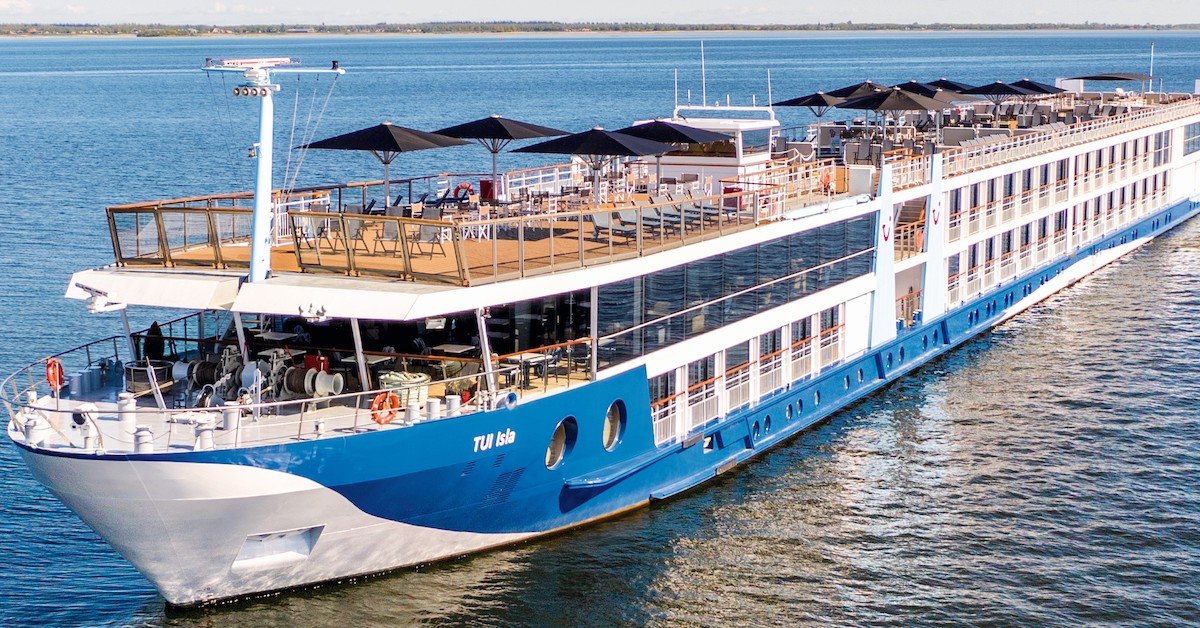 Departing from Basel in Switzerland, the ship will head to Strasbourg in France and then onto German cities such as Rudesheim, Koblenz and Cologne before finishing the seven-night itinerary in Amsterdam, Netherlands.

The christening ceremony took place on Monday (March 28), as part of a special voyage for Tui retail staff, ahead of the first customer sailing.

She has been with Tui for five years and was appointed godmother in 2020, but because of the pandemic, has only now been able to carry out her duties.

Smith said: “It’s amazing to finally be able to christen her, and the fact she is the final ship of the fleet makes it really special.

“Tui River Cruises have been so popular with our customers and having sailed on Tui Isla now I can understand why.

“I feel incredibly lucky to be playing such an important role in the brand.”

The river cruise line has expanded its summer 2022 offering with two new itineraries and one new port of call.

The new Treasures of the Main itinerary features the new port of call, Aschaffenburg. Legends of the Rhine is a new seven-night Frankfurt round trip with calls to Cologne, Bonn and Koblenz.

Guests sailing on this itinerary departing on August 12 will also see the Rhine in Flames festival – Germany’s oldest and largest fireworks display.

Chris Hackney, managing director of Cruise Tui UK & Ireland, said of Isla: “Her addition allows us to visit ports of call and destinations we haven’t been to before.

“We’ve had some incredible feedback from guests sailing onboard Tui Maya and Tui Skyla since they launched last year so we’re thrilled to be able to offer even more itineraries to our guests.

“Tui Isla is our third ship, completing the Tui River Cruises line up so we’re pleased we can operate fully as a river cruise line, and welcome new and returning customers onboard.”