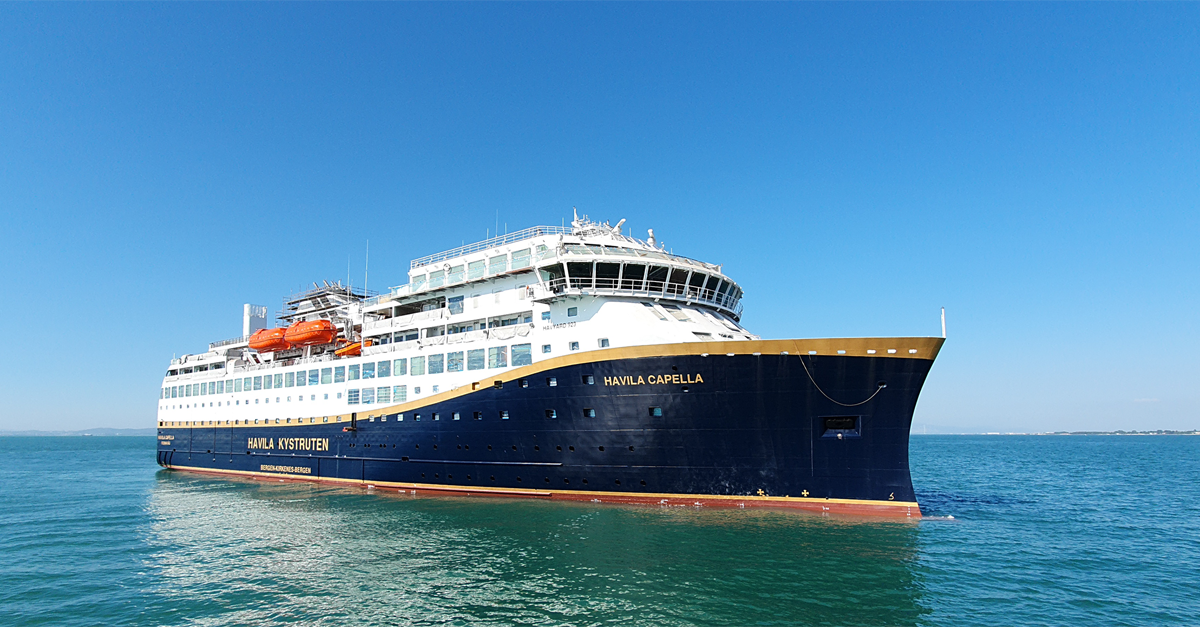 Havila Voyages has been forced to pull Havila Capella’s next sailing after failing to insure the ship.

The line was granted permission by the Norwegian government in April to operate the sanctioned vessel (pictured) for six months, but the order did not include the right to insure it.

Havila Capella’s scheduled May 15 departure was also cancelled for the same reason.

Havila has been hit by a series of setbacks in recent months since the Russian invasion of Ukraine began.

The line has been trying to cut ties to Russian firm GTLK, which was financing its fleet.

Chief executive Bent Martini said: “We are constantly working to find a temporary solution to put Havila Capella back in schedule.

“At the same time, we are working on a permanent solution which means that we take ownership of the ship.

“This is a demanding situation for us, and it is difficult to estimate how long this will take.”

Martini added the line had been left with “no choice” but to cancel the next round-trip sailing.

“It is very unfortunate, first and foremost for all our guests, but also for our company,” he added.

Havila Castor – the line’s second hybrid-powered ship – set off on its maiden voyage earlier this month.