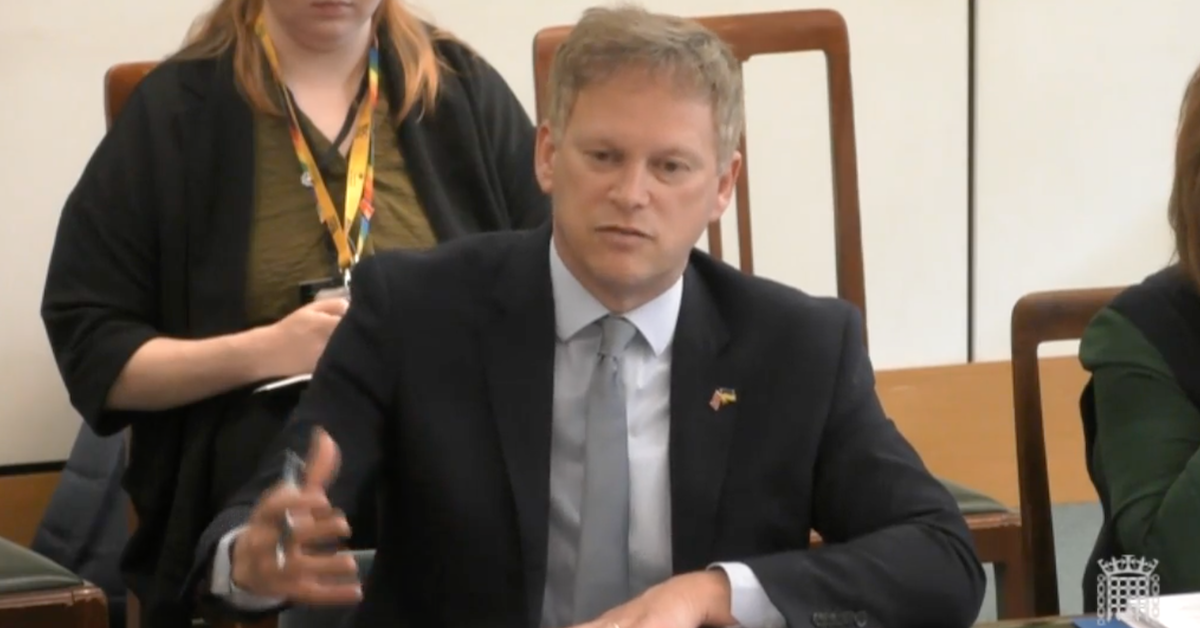 Speaking to the transport select committee today, he also repeated his call for the company’s chief executive, Peter Hebblethwaite, to resign and insisted the firm pays the minimum wage.

The company caused outrage when it replaced 786 workers with cheaper agency staff on March 17.

Hebblethwaite told a joint hearing of the commons’ business and transport committees later in March that P&O Ferries knew it was breaking the law by not consulting with trade unions before making the decision.

When asked by committee chair Huw Merriman “have they [P&O Ferries] got away with it?”, Shapps replied: “No.”

He told the committee that it is “completely unsustainable” that Hebblethwaite remains in position after he “openly and deliberately” sought to break the law, adding: “He will have to go.”

The minister urged P&O Ferries to repay £11 million of furlough money and said firm will have to pay the minimum wage to crews.

“I think that they need to repay their furlough money…it is around £11 million,” he said.

“I don’t think it’s right that, having claimed that money, they then sacked the workers in such a premeditated way which they themselves admitted broke the law.

“They will have to pay the minimum wage and on May 10, in the Queen’s Speech as promised, we will in the detail ensure that we are legislating in the Harbours Bill to make sure that minimum wage is required for routes which generally ply their trade between here in France or here in Holland or regularly back and forth in our waters.

“I think until they do those three things they won’t find their way back into certainly the affections of the travelling public or probably those who use them for freight.”

His comments come as P&O Ferries resumed cross-Channel sailings for the first time since the sackings.

The Spirit of Britain vessel left Dover for Calais shortly after 11pm on Tuesday and passenger services are expected to resume early next week.

The minister also blamed P&O Ferries for most of the recent disruption seen in Kent, with long tailbacks for lorry drivers on the Dover-Calais route.

Ben Bradshaw MP suggested the problems were a result of Brexit, turning Kent into “a massive car park” and causing damage to the economy.

Shapps said P&O Ferries accounted for about a third of the capacity on the route, which was out of action because of the “stupidity” of the company.

And the problem was compounded by bad weather and more people travelling, he added.