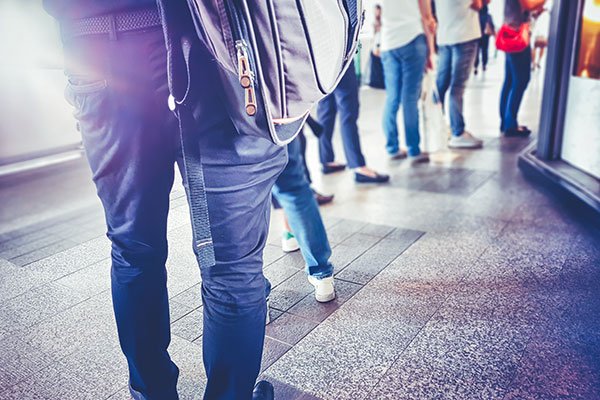 Background counter-terror checks on staff by airports and airlines will reportedly be allowed to be relaxed in an effort by government to tackle travel disruption caused by aviation worker shortages.

Companies will be allowed to train staff before their security vetting is complete under proposals put forward by aviation minister Robert Courts.

Proposals to streamline background vetting come amid delays to the process that are making it harder for companies to combat a severe labour shortfall.

Courts said in a leaked letter to chief executives of airlines, airports and ground handling companies that he will bring forward legal changes within weeks that will allow training to take place more quickly, The Telegraph reported.

Although they can be trained, staff will not be allowed to work in the airside part of an airport with access to aircraft and runways until security clearance is complete.

Courts said: “As the law on background checks was retained after the European Union exit, ministers do not have the powers to alleviate, as they do under other categories of aviation security regulation.”

The Government must first seek authority from parliament to change the law.

Courts and transport secretary Grant Shapps have already laid the groundwork to complete the change in “expedited fashion” and he intends to bring it before Parliament before the end of April.

In the letter seen by The Telegraph, Courts added: “I want to stress that while we are acutely conscious of the need to get more staff into your operations, we have to balance this against the risk of insider threat and other security factors. This will always be our primary focus.”

Aviation bosses and ministers have blamed each other for travel chaos since the start of the Easter holidays.

A government spokesman said: “Using our post-Brexit freedoms, we are looking at ways to help industry speed up job reference checks.

“However, we will not allow people to work in the sector when they have not been subject to the appropriate enquiries.”

Tui introduced ‘day before’ bag drops at Gatwick and Manchester airport from today (Tuesday) in an effort to alleviate security queue delays as well as opening check-in as early as possible.

But the change came too late to prevent queues of up to 90 minutes at Manchester airport on Easter Monday.

The airport apologised and said: “We continue to advise passengers that there are times where waiting times could be up to 90 minutes, even if this isn’t the case for the majority of people travelling through the airport.

“Therefore, customers should arrive at the earliest time their airline allows check-in. This will typically be three hours, but please check with your airline.”

Scottish Passenger Agents’ Association president Mike Tibbert said on Good Friday that the Easter getaway in Scotland was “going smoothly” with waiting times at security reported as being no longer than 15 minutes.

He added: “Scottish airports have managed to mitigate some of the problems which airports south of the border are reported as facing recently, so we’re not seeing scenes which some English airports have experienced.”