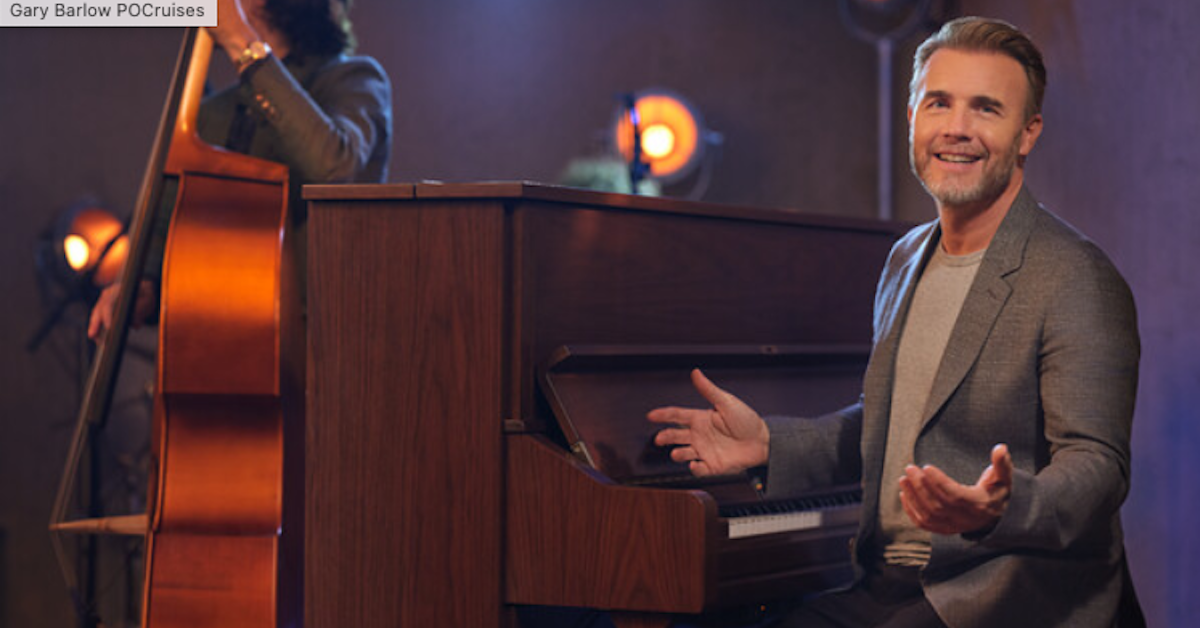 All proceeds from ticket sales for the shows will be donated to Child Bereavement UK and Teenage Cancer Trust.

The star’s partnership with P&O Cruises as music director of The 710 Club on Iona has already seen a range of performances at the late-night music venue.

Barlow said: “One thing I love is making memories. I think music does that extremely well. I look forward to joining guests on board Iona later this year to create some truly special holiday memories.”

Paul Ludlow, P&O Cruises president, added: “It is a real delight to welcome Gary back on Iona for what will be extraordinary performances.”

As part of the group Take That, Barlow has won eight Brit Awards and sold more than 45 million records.

He has also co-written and produced music for other artists including Dame Shirley Bassey, Sir Elton John and Robbie Williams.

Raffle tickets to Gary’s shows on Iona can be bought for £10 per person on board and spaces are limited.

He will not travel for the duration of each cruise.