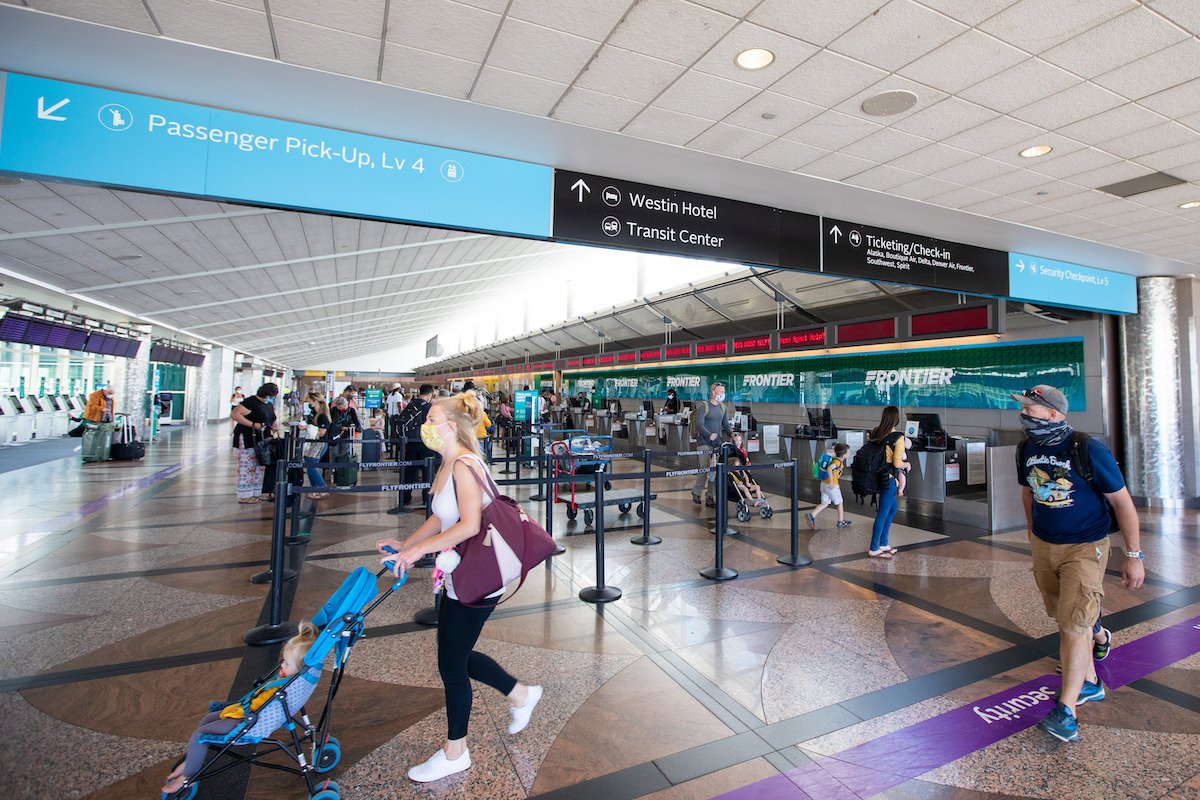 Frontier executives didn’t say much about the state-of-play in a bid for Spirit Airlines during an earnings call this week. It was more about the here-and-now business, which for Frontier was about ancillary revenues.

Frontier Airlines made 11 percent more revenue in the first three months of this year than in the comparable quarter of 2019. But its revenue mix looks considerably different now, as the company pivots its strategy to focus on ancillary revenue.

Ultra-low-cost airlines like Frontier long have prioritized fees, telling analysts how they planned to grow non-ticket revenue in perpetuity. But before the pandemic, Frontier adhered to an informal rule. It sought a roughly equal mix between ticket and non-ticket revenue.

“In years past, we thought a 50/50 split of non-ticket and ticket was a good idea,” CEO Barry Biffle told analysts on Frontier’s first quarter earnings call this week. “We’ve kind of learned in the pandemic that the non-ticket is a lot more sticky. And if you’ll be creative and work on things that are truly incremental that don’t have any degradation to the ticket, that’s where the real profit potential is.”

Frontier is counting on ancillary revenues to boost its earnings in the current quarter, when it projects it will return to profitability for the first time since the pandemic. Biffle called this the “strongest” recovery of his career but noted it did not begin until March — not soon enough to turn the first quarter around. Frontier reported a net loss of $121 million, with a negative operating margin of 20 percent.

“Every day that goes by, we’re seeing the demand continue to recover even more,” Biffle said. He said he expects a further rebound as more passengers in the Northeast and California, where travelers have remained skittish due to Covid concerns, return to airlines in bigger numbers.

“You still got that benefit to come as well as the return to office and the full robustness of business travel, which I think will continue to improve through the summer and definitely by fall,” Biffle said. There’s plenty more legs up from here.”

Daniel Shurz, Frontier’s chief commercial officer, leads the strategy to create new products, including a new priority boarding option, and to wring more revenue from existing ones, such as bag fees and bundles, like the “The Perks” and “The Works,” which allow customers to match the attributes of a legacy carrier’s offering.

The airline has been working to “optimize the price,” on the products, he said. “A lot of what we are doing now is finding things that truly have no impact on fare. We are introducing new products that customers value.”

If the airline grows, Shurz said, it can also attract more credit card and paid loyalty program revenue. Most obviously, it will grow by acquiring Spirit Airlines and its customer base, though executives acknowledged that JetBlue Airways’ has placed a bigger bid for the airline, putting the deal in jeopardy.

Executives were mostly mum on that issue, with Biffle saying he didn’t want to keep explaining why Frontier’s bid is best for shareholders, employees, and consumers. “There’s not much else to say,” he told analysts.

Prices Only Go Up

Frontier’s strategy prods customers to book when they buy their tickets, rather than just before departure. It’s easiest to sell to the customers who book directly inside the booking path, Shurz said.

“That’s when they get the best value,” he said. “We incentivize paying for your ancillary as soon as possible. The longer you wait, the more you will pay. “

Customers who book on third parties tend to wait, often until check-in, Shurz said. “But we do everything we can to incentivize earlier payment and communicate that customers will save money if they buy earlier.”

Shurz said the airline is targeting $70 this quarter in ancillary revenue. In response to an analyst question, he acknowledged that’s a tiny increase compared to the first quarter, but said the airline is nonetheless focused on it and expects to grow the metric.

“We don’t know where the limit is,” Shurz said. “We set targets last year of $63 and then $65, and we kept moving the needle up and we’ve delivered higher than that.”

“All I can tell you is that they’re not done,” he said.  “They’re really busy and really excited about what we get done, but 50-50 is no longer the ideal. We think it’s going to be considerably higher and we’ll deliver a lot more sustainable profitability in the years to come, if we can grow that percentage.”