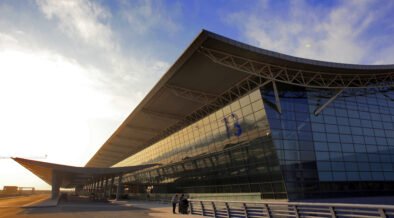 Fraport, which earlier this month announced plans to divest itself of its shares in St Petersburg’s Polkovo Airport following Russia’s invasion of the Ukraine, has agreed to sell its shares in Xi’an Xianyang to Chang’an Huitong Co Ltd for RMB1.1 billion ($173 million).

Fraport AG’s CEO, Dr Stefan Schulte, explained: “We reflect on our activity in Xi’an with great satisfaction, but also some disappointment.

“On the one hand, the Xi’an subsidiary gave us an opportunity to showcase our expertise in airport management. Indeed, over the past 14 years, Fraport successfully developed Xi’an from a medium-sized regional airport with about 10 million passengers annually to one of China’s largest aviation gateways, serving more than 40 million passengers per year.

“On the other hand, we always regarded our minority stake in Xi’an as a starting point for expanding our business in China – the most populous country in the world.

“However, this never materialised in Xi’an or at any other Chinese airport. Consequently, we have now decided to cease our activities in the Chinese market. With gratitude, we thank our partners at Xi’an Airport and the entire region for their excellent support. We also wish Xi’an Airport all the best for the future.”

Fraport acquired its stake in Xi’an in 2008. The transaction closing still requires several steps to be completed. Currently, the Xi’an operating company anticipates conclusion of the transaction during the second quarter of 2022.

Fraport expects the sale to have a positive impact on both the Group’s operating result (EBITDA) and the financial result (net profit).

Moreover, the Group’s net financial debt will be further reduced by the additional cash inflow resulting from selling the stake.