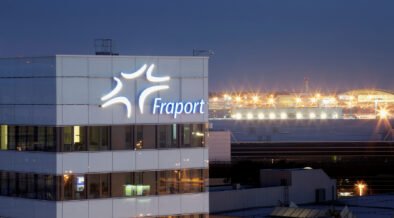 Schulte said: “The year 2021 has shown that we have bottomed out and are now climbing back up step-by-step in terms of traffic volumes.

“At Frankfurt, we are getting ready for a busy summer. We expect to attain between 70% and 75% of the pre-crisis traffic level. Now that restrictions on intercontinental destinations are gradually falling away, we are starting to observe a revival of business travel.

“This year, however, tourism will be the main driver at Frankfurt again. Also at the Group’s airports outside Germany, we once again expect passenger volumes to rebound dynamically. Currently, the war in Ukraine and associated sanctions on passenger and cargo flows have only had a small impact on Frankfurt and our other Group airports.”

The fact that the AGM was a virtual event, however, served as a clear reminder that Fraport and the aviation industry are still suffering from the impact of the global pandemic.

Nevertheless, Schulte revealed that expects the Group’s key financial figures to be clearly positive for the current 2022 business year, driven by an ongoing recovery in passenger demand.

“The Group result or net profit is expected to range between about €50 million and €150 million,” he stated. “This will depend on how Russia’s aggression ultimately impacts our figures.”