Fall in number of UK flight cancellations and delays 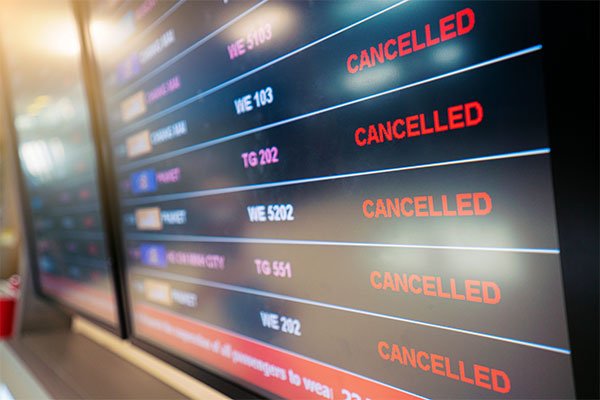 The number of flight cancellations at UK airports has fallen to its lowest level since March 28, according to aviation analytics firm Cirium.

Cancellations and delays at UK airports have hit the national headlines over recent weeks as numbers of travellers increased but hubs faced problems recruiting staff after losing workers amid the pandemic.

Cirium reported that there were only 17 flight cancellations from the UK on April 18 – compared to 129 axed flights on March 31.

At the height of the disruption, 5.7% of scheduled departures from the UK were cancelled but by Monday (April 18), that figure stood at only 0.7%.

Cancellations are now in line with 2019 levels, according to Cirium.

News about falling rates of delays and cancellations came as reports emerged that aviation minister Robert Courts has written to airlines, airports and ground handling companies with proposals to streamline background vetting.

The aviation sector has been working with the government to speed up vetting procedures which have caused delays to the recruitment of security staff, amid rising passenger numbers.

Some of the worst problems were seen at Manchester airport, which has announced it will fully open its Terminal Three on Friday (April 22) to meet the increased demand following the easing of Covid travel restrictions.