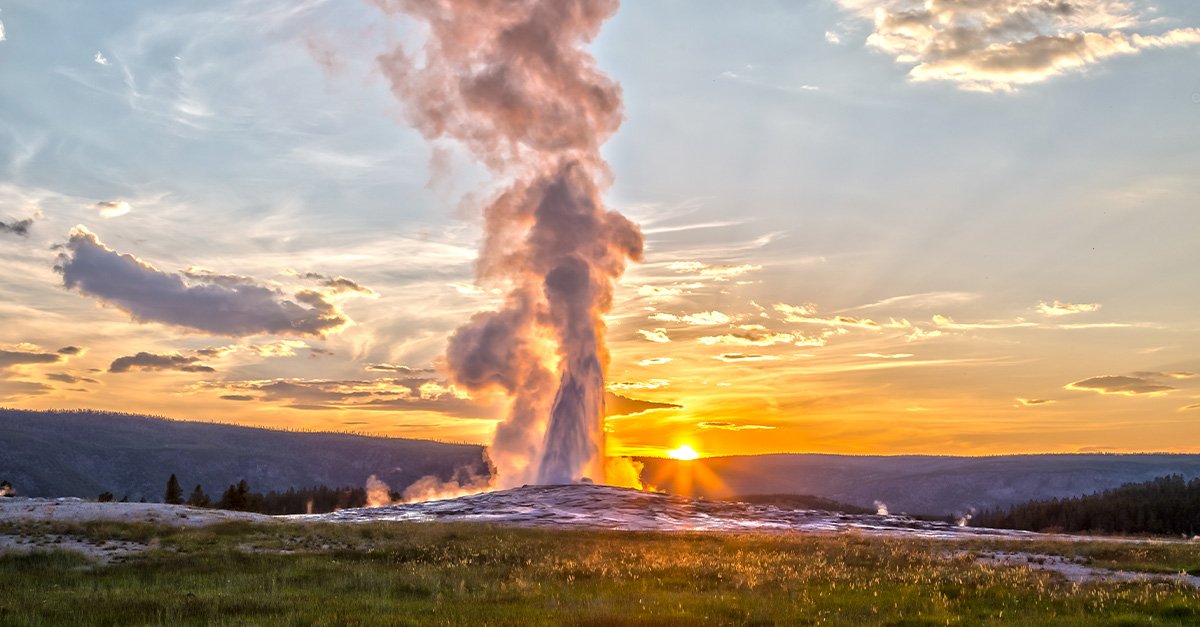 As Yellowstone National Park turns 150 this year, Emilie Filou bases herself in nearby Bozeman to avoid the crowds – and finds craft breweries and top restaurants surrounded by nature

We see the cars first: three or four vehicles parked just off the road. “That’s a good sign,” says Grant Johnson, my guide. We pull up and peer at the hillside to our left. Suddenly we see them: three grey wolves, roaming the hillside, just 400m from us. They pause and start howling; another wolf answers across the valley to our right.

“They’re trying to cross,” says Johnson. Sure enough, 10 minutes later, two wolves appear on our right-hand side. They paddle through the river first and then cross the road about 200m ahead of us. We watch, mesmerised. This kind of wildlife viewing is what draws more than five million visitors to Yellowstone National Park every year.

Grey wolves were reintroduced to the park in 1995 and they have become one of its star attractions. There aren’t many other places where you can see wolves in the US, let alone at such close quarters.

Further into the park, we see a black bear cub out of its den: it’s a yearling and because it’s been such a mild winter, the cub, its sibling and mother have been in and out most of the winter, Johnson tells me. Through the scope (a powerful binocular), I can spot the mother peeking out from the den.

As we drive on through the stunning Lamar Valley in the northern range, we spot moose, elk, mule deer, white-spotted deer, pronghorn and, of course, America’s iconic herbivore: bison. They are as magnificent as I imagined them: huge, fearsome, with big eyes and shaggy, chocolate-brown fur.

The park is gearing up for a bumper season this year, as it turns 150. And while the park’s Native American history dates back at least 11,000 years, it was the US’s first official national park. It remains one of the country’s most popular, with features such as the Old Faithful Geyser and the technicolour Grand Prismatic Spring high on many people’s bucket lists.

Accommodation in the park is limited and open for summer only (May to September). And with overtourism a real issue for the national park – last year was its busiest on record – nearby towns make great alternatives for accommodation away from the crowds, all year round. Chief among these is the city of Bozeman, Montana.

While most of the park’s roads lie under three feet of snow, the road from Mammoth Springs to Cooke City is regularly ploughed and accessible. Luckily, that section also happens to be the best for wildlife. “If we’d had to choose one entrance, that’s the one we would have picked,” says Johnson, who guides for Yellowstone Safari, a Bozeman-based company.

Yellowstone Safari runs trips to the national park every day, even through the winter months. It’s not just proximity that makes Bozeman appealing. Home to Montana State University and its 16,000 students, it has a young, cosmopolitan vibe unique to Montana. “We like to say that Bozeman is 30 minutes from Montana,” quips one student.

The town itself is pretty and easy to walk around, featuring avenues lined with classic clapboard houses with their wraparound porches. There are some excellent restaurants: try sleek Blackbird for exquisite pasta and pizza, Jam! for the best breakfasts in town or Backcountry Burger, where the meat is all sourced from Montana and you can opt for 100% grass-fed beef or bison.

The town also has a raft of craft breweries that wouldn’t look out of place in east London. Just mind the opening hours, as state laws decree that breweries must stop serving at 8pm (tap rooms and bars are different).

Surrounded by five mountain ranges, Bozeman lives and breathes the great outdoors (there is tremendous skiing, hiking and mountain biking within a 30-minute drive). But it’s also steeped in history. The Museum of the Rockies is a great place to find out more: it has one of the best collections of dinosaur fossils in the world, many of them discovered in Montana.

It also has a fascinating section on Yellowstone’s history, including its centuries-long Native American heritage. When the park was created, it disregarded Indigenous populations in order to promote its “wilderness” narrative. And the display ties in nicely, as the park tries to make amends and puts Native Americans centre stage of its 150th anniversary celebrations.

The anniversary is being marked by a Teepee Village (August 23-28) near the park’s northern entrance, where visitors can learn about Indigenous heritage and culture, and a new Tribal Heritage Center, open from May 26 to September 30, which brings together Native American artists and scholars.

As a convenient jumping-off point for these events, and with a wealth of nature on its doorstep, Bozeman will be a stop you won’t want to miss.

3 other places to stay

An excellent value-for-money motel in central Bozeman. All rooms come with a fridge and microwave. There is a children’s play area and a BBQ too. A night’s B&B starts at £116.
thesapphiremotel.com

This historic lodge by the Old Faithful Geyser is one of the most popular places to stay in the park. Open May-September. Room-only rates start at £372.
yellowstonenationalparklodges.com

For a glimpse of rural Montana life, opt for a cabin at this ranch, which is located halfway between Bozeman and Yellowstone West. A night’s B&B in a cabin from £737.
lonemountainranch.com

The Kimpton Armory is one of the few places in Bozeman from where you can see the five surrounding mountain ranges. This boutique hotel is the tallest building in town, with sweeping panoramic views from its rooftop bar and pool.

The hotel itself is a delight: the rooms are spacious and cosy, with warm service and thoughtful extras such as the complimentary hot drinks in the lobby and complimentary wine hours every night.

There are three restaurants serving excellent food: fine dining at Fielding’s, fusion at Sky Shed and American at Tune Up, the hotel’s music venue. Room-only rates start at £310 a night.
armoryhotelbzn.com

Maggi Smit managing director, America As You Like It

“Accommodation within the national parks often has limited availability and can be more expensive. Staying outside the parks, but still close by, can make your budget go further, as well as providing the opportunity to discover off-the-beaten-track areas.

Overtourism within the parks is a growing concern, so staying elsewhere will reduce footfall in the popular areas and support the smaller communities that are often overlooked. Bozeman is a fun town with lots of great bars and restaurants. It offers scenic splendour just a short drive from downtown, with Yellowstone National Park 80 miles to the south.

Clients can also discover the beauty of Montana’s Paradise Valley on a guided horseback trek along the Blue Flower Trail. They’ll enjoy spectacular views of the Absaroka Range and may see elk and golden eagles.

Alternatively, they can hike to chimney rock to one of the country’s most impressive waterfalls, on a guided tour led by young adults on the autism spectrum. The group size is capped at 10 to ensure an intimate experience.”

America As You Like It offers seven nights at the Kimpton Armory Hotel Bozeman from £3,000 per person, based on two sharing (or five nights from £2,500 per person). The price includes return flights with American Airlines, via Salt Lake City, and one full day at Yellowstone National Park.
americaasyoulikeit.com

Why Texas is one of the best states for a road trip
New York’s latest and greatest attractions
The US: Where should I go and when