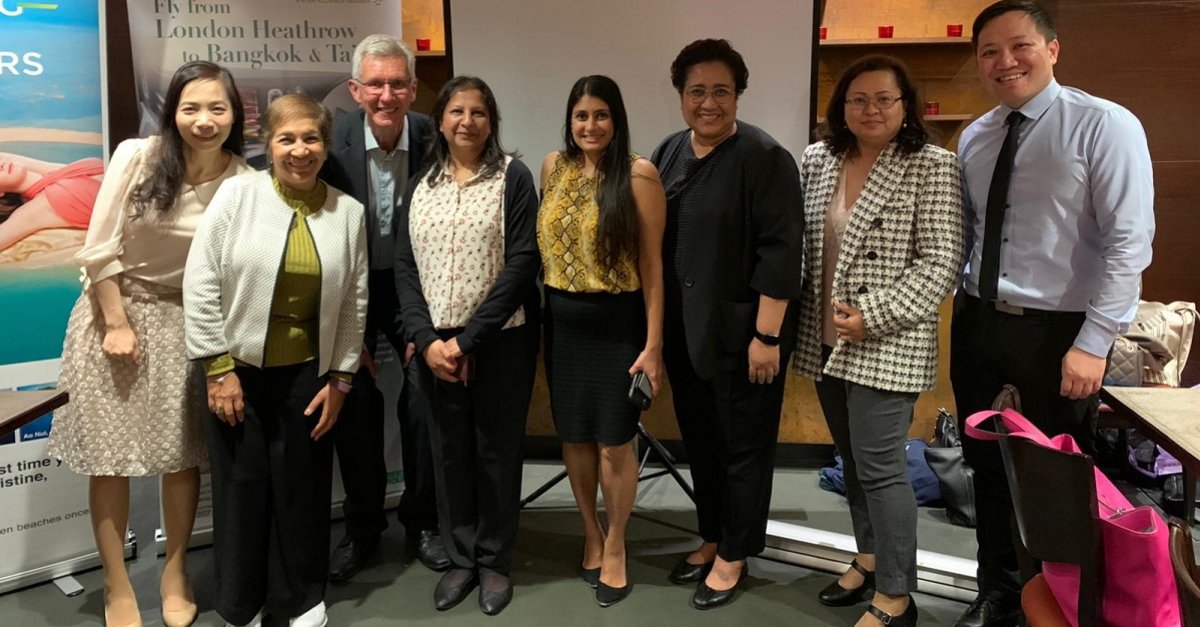 Taiwanese airline Eva Air hosted two trade events in two weeks to celebrate the return of flights to Taipei and Bangkok, and to thank its partners for their support.

The first event was on May 6 at the Taiwan Tourism Bureau in London and was attended by Taiwanese travel agency Ours Travel.

Agents and influencers were given the opportunity to learn more about Taiwanese culture, and ate local delicacies.

The second event was on May 12 at the Patara Thai restaurant in London, which was attended by Tourism Authority of Thailand, Bangkok Airways and The Anand Collection.

As well as trying Thai food, there were prizes available for some agents. Andy Goodman from Lotus won two return flights to Bangkok courtesy of Eva Air, and Jenny Jackson from Blue Bay Travel received a goodie bag.